Peta Proves They Are Insane With Animal Crossing

Peta has clawed out of the crazy house to write a guide on how to play Animal Crossing, Peta Style. 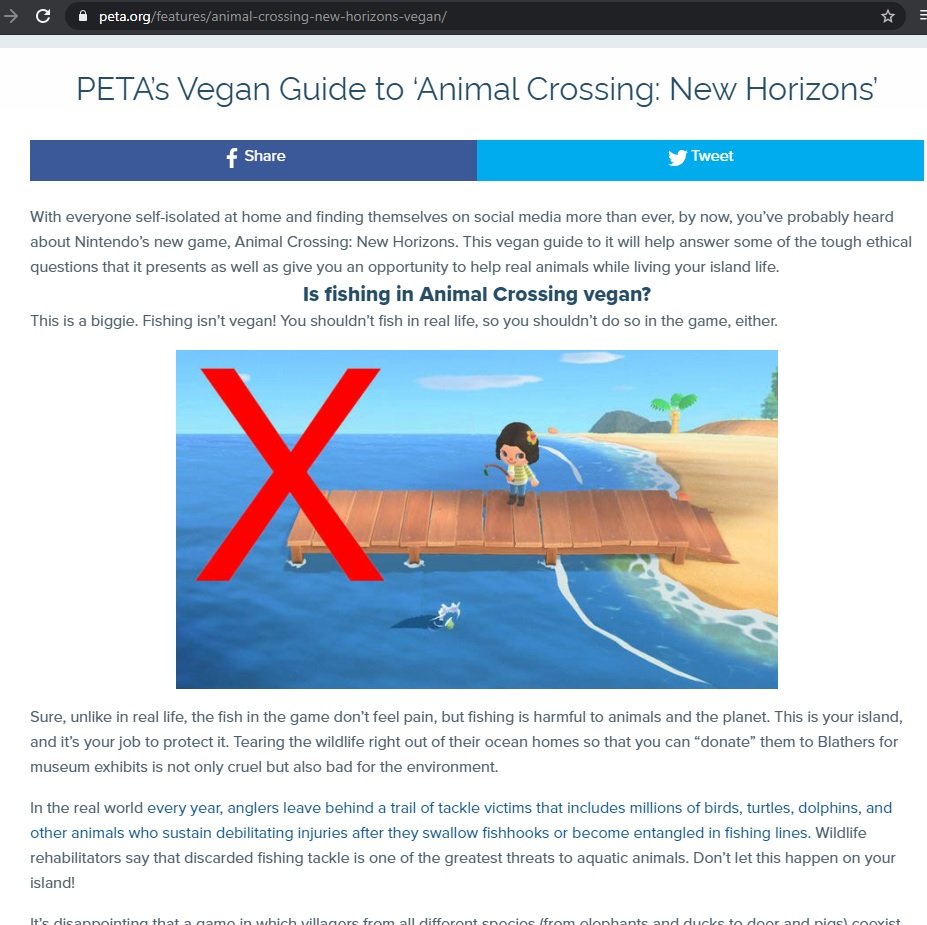 Yep, that is a screenshot of this page.

I can’t, I really, really, can’t with these nutjobs. Let’s ignore the fact that someone bought a Nintendo Switch. Wholeheartedly IGNORING ALL THE TOXIC CHEMICALS that it takes to make a video game console. Then, SUPPORTED A COMPANY THAT PROMOTES STOMPING ON TURTLES by buying a game from them. Then, THEN, played through a game that PROMO…..ok, done with the caps.

But seriously Peta, what the heck? Part of me thinks this is some weird clickbait post to keep themselves relevant, or raise awareness. Unfortunately, I think this is a dead serious post.

I do kinda like the idea of a someone doing a vegan run. Kinda like when people max level in World of Warcraft without choosing a faction or without killing anything. That said, Peta? I have no trust in Peta.

*This isn’t a sponsored post at all, I just felt like being a snarky dick to PeTa.

Support us on Patreon  by clicking the picture below: