Pushing Daisies: Worth Your Time on Amazon Prime? 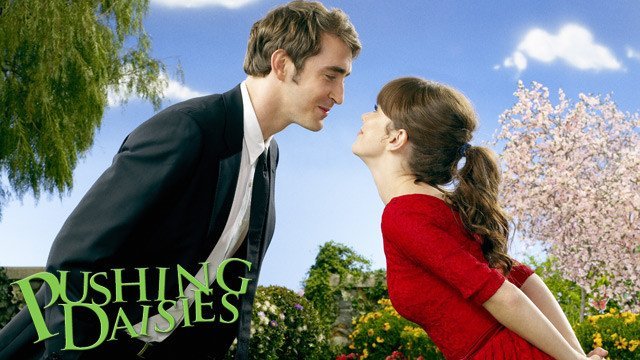 image via the WB

Is the first episode worth your time?

Yes and it will make you want to watch the other episodes.

Pushing Daisies is pleasing in almost every way. The fairy-tale like narration adds whimsy to a plot that could easily be overburdened with too much drama. The episode itself looks like a picture book come to life with all the repeated patterns in a scene, bright reds and oranges and framing various shots within circles. But it’s not just the visual storytelling that brings to life this fanciful tale, it’s also the snappy dialogue, the interesting characters, the bittersweet romance and the excellent world-building. The first episode does its job by drawing you into the world and having a good bit of action.

Basically the story follows around Ned who has an ability to bring people back to life with a touch. There are two caveats:

We’re introduced to these powers and Ned’s life as piemaker as well as partner to a private detective. While Ned is pretty much anti-social, he meets up with his first love under unfortunate circumstances (she’s dead) and brings her back to life. It’s obvious that the Ned definitely still has a thing for Charlotte “Chuck” Charles, but they can’t touch making the budding romance that much sweeter and heartbreaking. It’s obvious that the two are going to somehow end up together despite the fact that they can’t necessarily be physically intimate in the standard ways. Still, they get their emotions across in simple, sweet ways. In one scene towards the end of the episode Ned holds his own hand, pretending that he’s holding Chuck’s and she does the same. In another episode, they are on opposite sides of the wall though they are touching in the exact same spot. Sure, there might be some time lapses: Chuck and Ned are so googly-eyed for each other that when they’re questioning the guy at the end about how he died it seems that they probably passed the 1 minute mark. It’s just such an enjoyable show that you end up getting carried along with the whimsical atmosphere. Maybe my favorite character in the first episode is Aunt Lily because she wears an eyepatch, can hold her breath for a long time and knows how to operate a shotgun. I find Ned a bit irritating, but he’s still sweet, Chuck is vivacious, energetic and cute and Emerson is the typical jaded private eye who wants to make a couple bucks but seems to have a hidden heart of gold.

In short, I think this is definitely worth the investment and sadly there’s only 2 seasons of the show (it got canceled due to poor ratings), but it seems that there is an actual conclusion so you won’t be left hanging.