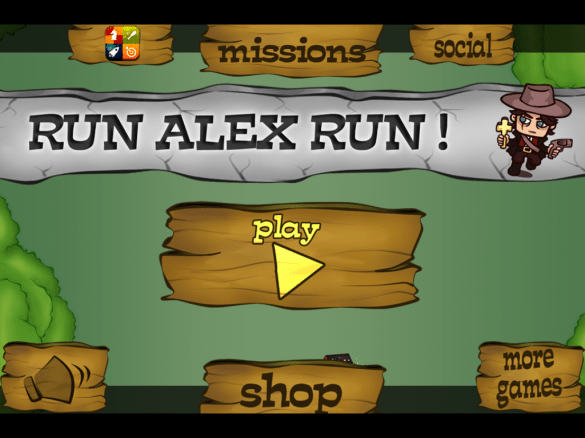 Run Alex Run! plays perfectly on the iPad, iPod touch and the iPhone iOS 4.0 and later. You get the same great experience with all devices. As always I prefer gaming on my iPad. 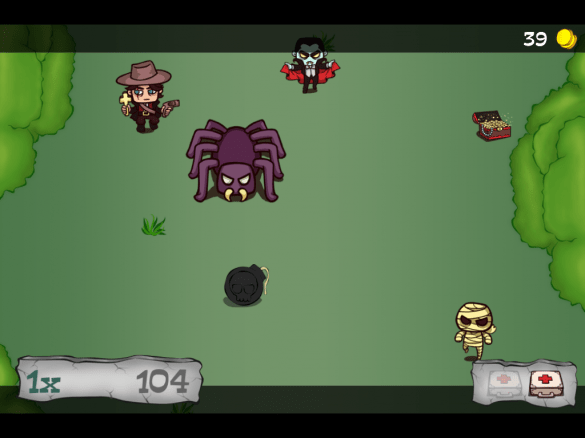 Sometimes you just want a simple game. Run Alex Run! is a very simple game that is just fun to play and replay. For the insanely great price of free you get: perfect tilt to move gameplay, smooth cute graphics and some really nice music. All you do in Run Alex Run! is collect treasure chests (coins), dodge the (not scary) monsters and pits while picking up temporary upgradeable power ups and healths. It’s sort of like an endless runner since it just goes on forever. Just get as far as you can with as much gold as you can to try and top your friends and the leader boards. It’s simple, fun and addictive. This is a freemium game, but the in app purchases aren’t ever an issue.  Did I mention it’s free!!!!

The tilt controls are perfect, the character animations are very cute and the reaction is spot on. The music is even great.  You can tell the people behind this game actually cared enough to make sure everything was spot on before putting it up on the app store. 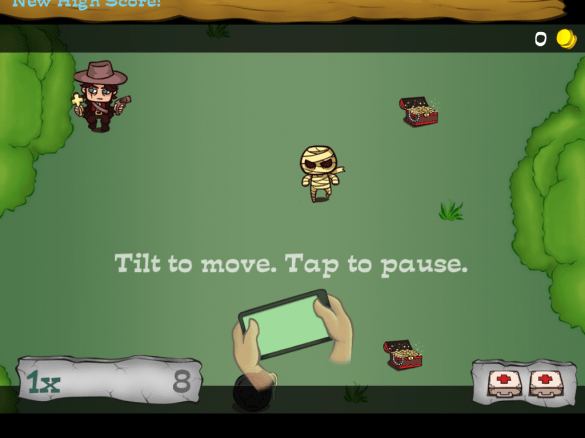 It’s simple enough for anyone to pick up and play. The tilt controls are really, really great.  This is a great game for when you are sitting down and just want to kill time.  The power ups are useful, and even though the game has in app purchases you are never forced to get them if you just want to have fun.

For the most part Run Alex Run! is perfect.

I would love it if I could put the weapons Alex is holding to good use instead of them just looking cute in his hands.  Maybe if he touches mummies and spiders on the side he is holding the gun he can destroy them for extra points and if touches vampires and skeletons on the side with the cross he can destroy them for extra points.  I think this would add a lot to the game.  Instead of dodging monsters you can actually try hunting them.  I know you can attack them with the yellow shoot bubble, but I feel like this would be more fun.

Also allowing the ability to use in game currency to up Alex’s health would be awesome.