Supermagical Review for the iPad 2, iPhone 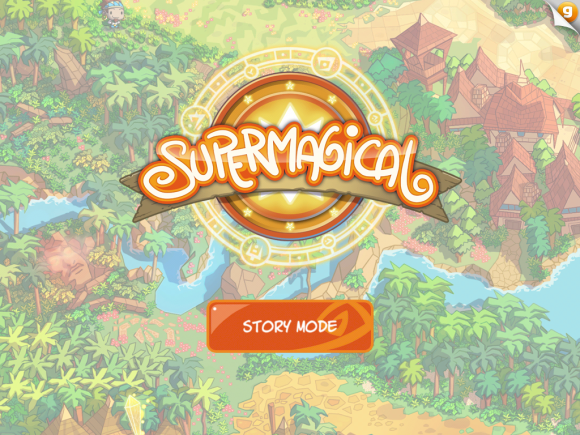 You can play Supermagical on the iPhone, 3rd generation+ iPod Touch, and iPad, but I prefer the iPad. The game begs for a larger screen.

If you were obsessed with Snood back in the good ‘ol college days, then you’ll love this game. If you just read that last sentence and was wondering “What the heck is Snood?” then you’re probably younger than me. You’ll still probably like the game though. Basically, you just match up like colors and clear the board. It’s a pretty basic game, but it does a good job of mixing up the levels, incorporating mini-games and Mario like world progression. There’s a little bit of a storyline there too. 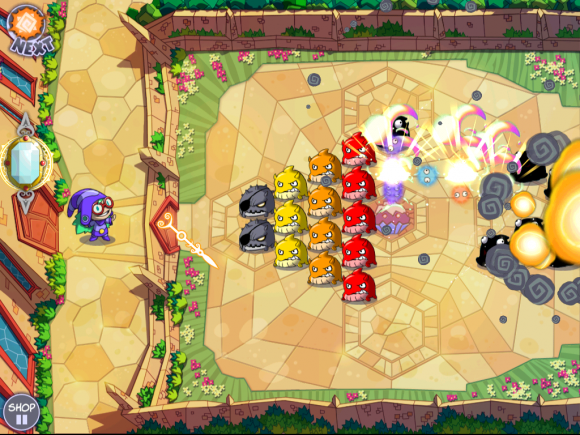 The Snood…Err Minix are mad

How Does it Play

The controls are pretty good for Supermagical though there can be some cheap moments. For example, sometimes when the Minix explode into chococoins and rubies it lands right in front of your aimer. When you try to pick up the money, you open up the candy menu instead. There’s also the tiniest bit of lag after completing each move and it’s more noticeable when you make a big move. Aside from that, I found the controls to be pretty darn good. Most of the frustration was my own errors.

Supermagical is super fun! I love these kinds of bubble-popping puzzle games, even if I happen to get frustrated on a level. I either walk away for a day or two and get back to it, or I hand it off to my boyfriend. I like the fact that each level offers very different challenges and each continent also has a different look. The addition of the Memory matching mini-game is a nice little break if you’re tired of matching up the delightfully cute and evil Minix. The basic story follows the main character, Nina, as she embarks on an adventure to clean up a mess she made due to her clumsiness. Nina unleashed her sisters from the Underworld accidentally during a spell. Her wizard advisors go to send them back and Nina follows…on foot. Turns out the wizards were captured by the sisters. It’s now Nina’s duty that can help you on each level. There are pros and cons for each wizard and it’s important to choose wisely before battle. Of course if you don’t, you can always quit the level and go to your tower to change up your wizard companions. 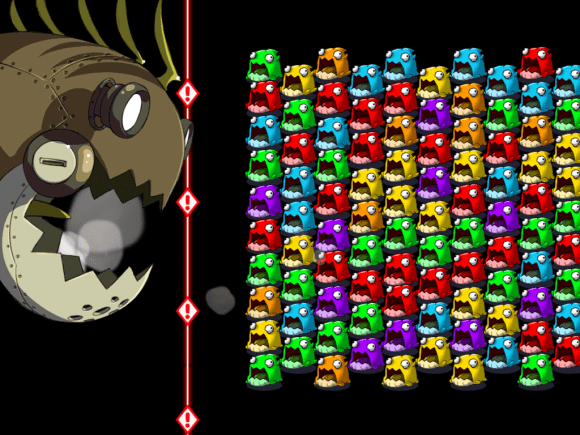 Each wizard has a different power. This guy has the power to blow back the Minix

There’s not a whole lot of story, but there’s enough to keep it cute and interesting. The levels are broken up into 4 different types: standard, timed, puzzle and “boss”. In the timed levels you have a short time limit so if you don’t beat the Minix quickly, the line moves up. In the puzzle, you have a limited amount of moves until game over. In the boss, you have to defeat the sisters. Basically, you witness a conversation and in the middle you need to choose the correct decision of the four choices. If you don’t, then you proceed to the standard level design. After beating the level, you get to make another choice. 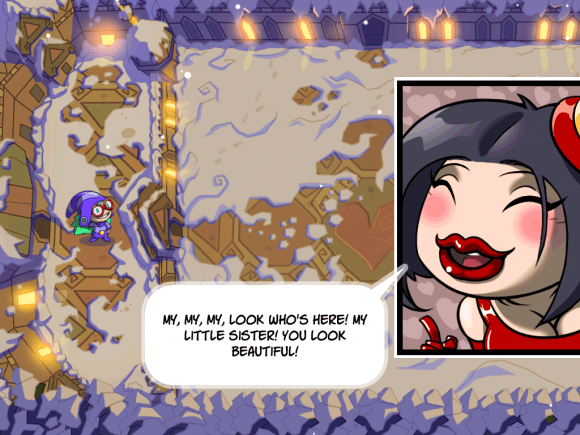 The evil sisters are named after the 7 deadly sins. This is Lust.

You can spend a lot of time on this game. I know I certainly have. Aside from the mini-game, after you beat each level you can find 3 bags of chococoins (in-game currency) anywhere on the map. It can get a bit tedious to find all of them and if you’ve been staring at the screen for too long, your eyes probably won’t spot them. For completists, there’s also the star system. If you beat a level under a certain time limit you can get up to 3 stars. Once you get all three stars on each level Manuel, the mini-game master, will tell you something. What? Well I can’t give that away now cam I? Each level also has their own store where you can buy things like: magical spell items, candy, upgrade items, pets and game tokens. Upgrade items can upgrade your wizards, magical spell items are extremely helpful as is candy. Candy allows you to change the color of your bubble if you happen to be getting all duds. Pets give buffs during the level. 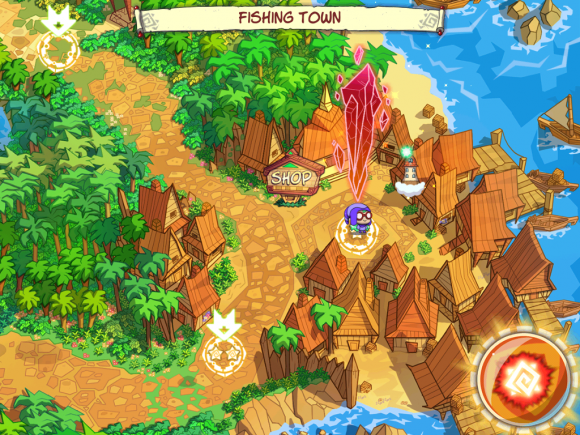 Everything looks so bright and cheerful

The game itself is brightly colored and fun to look at. While there’s not a whole lot of diversity in level appearance, each world has their own look and feel.

While Supermagical is certainly fun, there were plenty of frustrating points. And not just the, “Oh crap I should have made that rebound,” frustrating. First off, the world progression is pretty much linear and you HAVE to beat each level to progress to the next world OR if you want to create a magical spell. Some levels are also just plain cheap and require that you use your wizard and candy. I’d love it if I could beat all of the levels without the aid of a wizard, but some you just can’t. In later levels it also seems like you have to use your candy to even beat the level because none of the colors you need are popping up. It takes away from the fun and skill of the game. Instead it’s all about enough currency to purchase the candy and play the mini-game. So yes, you NEED magic to get past this level

Now you don’t need in-app purchases for this game. But it would probably make it a lot easier. Things are expensive and you are required to buy a few of the items. (With in-game money you earn) To progress to certain areas on the map you have to have a key. To progress to the last map you need to create your dragon mount. It almost seems like you need to create the double soda spell as well for the later levels. Soda is what allows your wizard side-kicks to do their magic. You start off with one and you may or may not receive a soda during your game. It’s random. There have been times where I’ve received two sodas and other times where I have received none! The color progression of the Minix is also random for the standard levels. It’s really frustrating because it doesn’t feel like skill so much as luck and spending the money to get the necessary upgrades. I finished the game and I didn’t feel any satisfaction. More like a…Thank god I’m done.

Still, it WAS fun and despite all it’s flaws, I enjoyed the game and it’s colorful quirkiness. I might have to pick up the game again for the 2-player update.