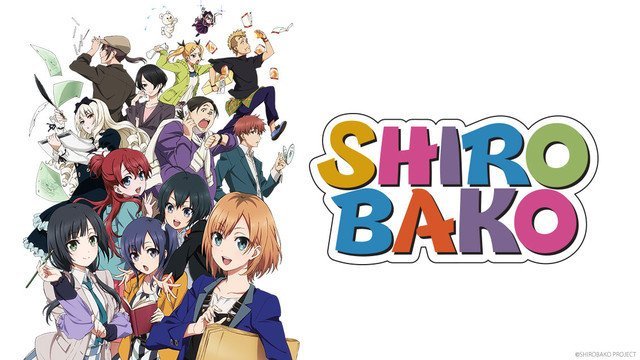 Is Shirobako Worth Your Time?

No. It’s not funny or interesting, Shirobako is downright frustrating and bad.

Shirobako was one of the most disappointing and frustrating anime experiences I have ever had.  It failed at everything it tried to do besides airing. Don’t bother wasting your time trying to watch this mess.

Shirobako tried to tell too many stories at once and failed with all of them. The show first tries to get us invested in a few young women trying to break into the anime industry. Then it goes on to focus on one of them. Then it tries to teach you about the anime industry by introducing you to an overwhelming amount of characters. Then it’s about how the anime company, Musashino Animation, is run and how anime is made. All the while it randomly goes back to different members of the original five women who you thought were going to be starring in the show. None of this works. 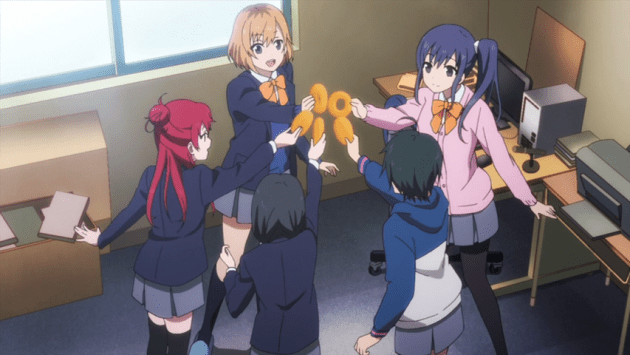 Don’t get excited. It’s not about doughnuts or these women.

Shirobako is a terrible mess.

The characters are not interesting, the plot is all over the place and it’s just not funny. Even worse, Shirobako is bogged down by unlikable and unbelievable cast members. For example, the director is so incompetent and annoying it’s cliché. A slow, constant, painful to watch, scene stealing and ruining cliché.

There are other characters who are so unbelievably unprofessional and annoying you wonder why they aren’t fired. Since Shirobako tries to show how every member of the large team is crucial to the successful production to the show, these characters just make no sense. This is annoying since Shirobako seems to be trying to evoke a sense of realism. 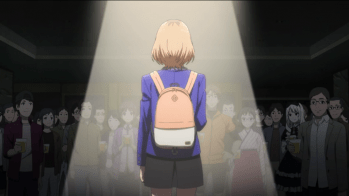 Musashino Animation – the anime company that is the focal point of the series – seems to be a “what not to do for any business ever“.  Almost no one seems to use email or phones. Instead messages have to be delivered in person. Problems obviously ensue. As an adult in corporate America I was aghast at just how horribly the company was run. This is while I’m watching an anime for heaven’s sakes.  I don’t want to be reminded of bad office politics and stupid bosses as I watch a show. Sadly that seems to be a huge part of Shirobako. You just grow to hate the staff.  You just see train wreck after train wreck and it’s frustrating.  In between all of this there are glimpses into the world of anime production, but they are buried by the convoluted plot and incompetent employees leeching away at the screen time.

After the first arc ends we are then treated to more how-anime-is-made segments. This would be awesome if they weren’t done by two imaginary characters instead of the staff. 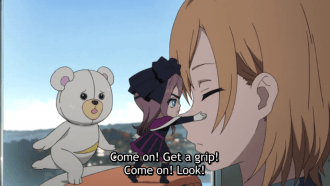 The imaginary characters oddly end up getting more screen time than the other girls who started the series.  It’s totally distracting. Worse yet in the second arc, which covers a new anime, the staff seem even more incompetent if that’s even possible.  Plus you get the addition of more incompetent people in the form of a publishing company and jerky editor. Again, this isn’t something you want to see after coming home from a long day of work.

Shirobako then ends with a mind mindbogglingly unbelievable series of events that makes the show downright insulting for those of us that gave it an honest chance.  I can’t write enough bad things about this show. If modern anime is actually made by people this incompetent then wow.  That’s just depressing.

I think Kenji Sugihara, P.A. Works and Warner Entertainment Japan should be ashamed of this mess. 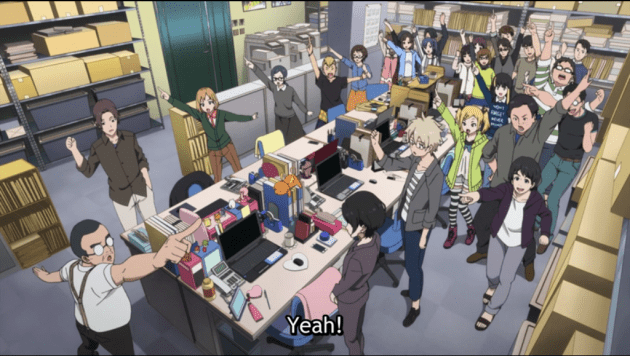 I’d love to see the Glassdoor reviews on Musashino Animation.

Read our other TV/Movie Reviews