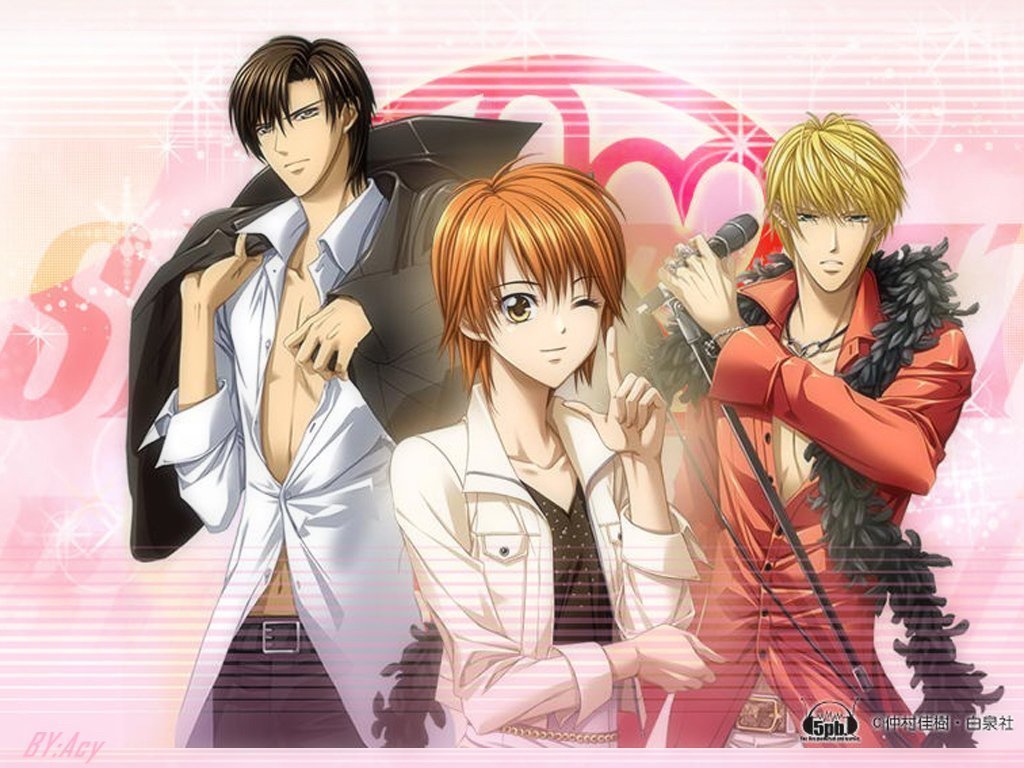 You can enjoy Skip Beat equally on HD or SD mode.

Skip Beat is kind of the antithesis of a romance anime. There’s a good bit of humor in this series and while there might be moments where you don’t like the main character Kyoko, you can’t help but wonder what crazy thing she’ll do next. Of course, the plot is predictable but it’s still a fun series to watch. I also have to say that I love Kyoko’s inner demons that trap/torture people who don’t do as she wants.

Skip Beat is able to avoid the pitfalls of so many rom-com anime because the main character, Kyoko, doesn’t WANT to be in a romance. While you can guess early on that she’ll develop feelings eventually, it’s fun to see her push away any notions of romance and focus on her friendship with Moko and her revenge on her ex-childhood friend Sho. I love the scenes that she has with Sho just for the pure, exaggerated emotions that she goes through. It’s hilarious. I was laughing out loud at some moments, like when she was dressed up as a chicken. The plot itself is paced out quite well and you can’t help but want to watch the next episode. Kyoko’s character is very interesting and you can’t help but wonder what else happened in her past to give up on love (aside from her childhood friend basically dropping her like a sack of poop). The other characters like Moko and Ren are also very nuanced and you can tell that there’s also a lot to them as well.

There was no resolution to the Skip Beat anime. It seemed like the creators were planning on a second season, but it just never happened. You start getting into the show and then you’re just kind of left dangling. Aside from that though, I enjoyed the series.

Check out our other TV/movie reviews