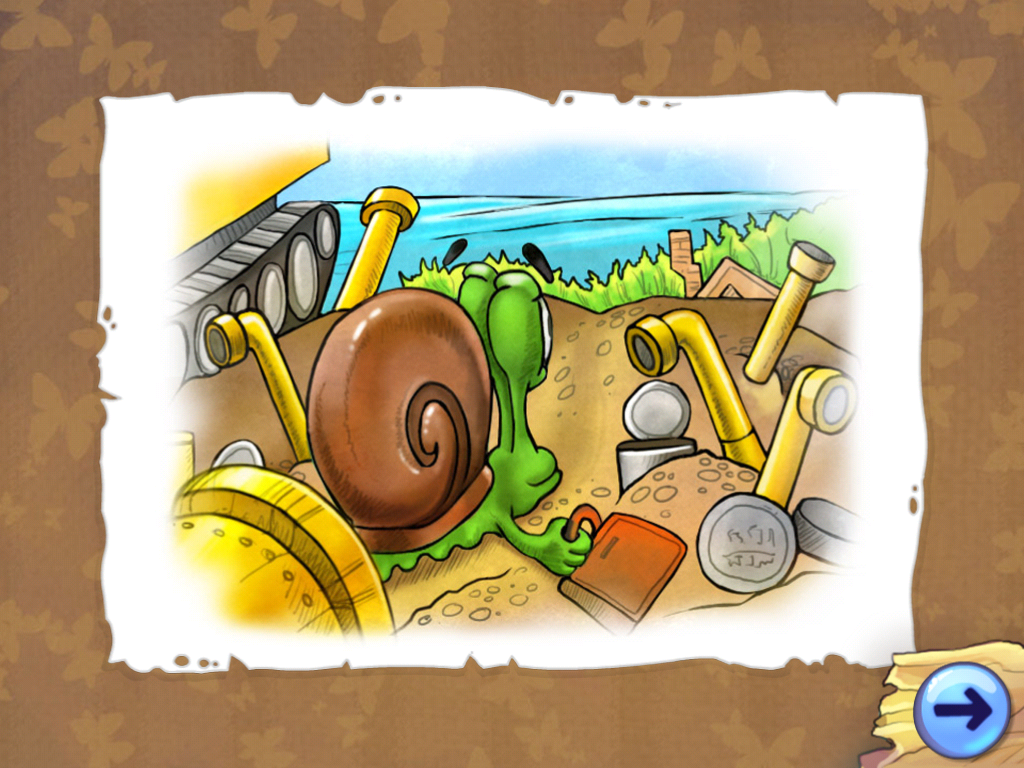 Snail Bob is a universal app. It can certainly be played just as well on the iPhone and iPad, but I prefer the iPad.

What Did You Think Without Spoiling It 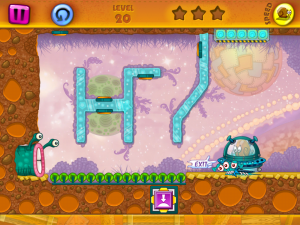 Snail Bob is a cute and short puzzle game. The puzzles themselves never get too difficult, but there were a couple that tripped me up. Each level offers different types of puzzles to solve and different bosses. I had a blast playing this game, especially now with the added Space level. The space level offers new monsters to avoid and of course the ability to flip gravity. I really enjoy how each world has their own set of monsters and appearance. It really shows that the developer cares about the game.

Snail Bob works perfectly without any lag. You basically need to direct Bob through various obstacles and safely get him to the exit tube. This might involve re-directing lasers so that they don’t fry poor Bob or hitting a series of switches to open up the gate to the tube. Either way, you’ll have to figure out a way to avoid death while also finding the three hidden stars on the level. The stars don’t actually do anything, they’re just for scoring purposes. It’s pretty easy to find them in the beginning, but later on it is much harder to find them all. In some levels, the stars are even broken up into smaller parts so you need to find all the parts before collecting. If you collect all the stars you can unlock bonus content like portraits and sculptures. The levels themselves don’t really take a lot of time to beat, so it’s great for people who have short attention spans or a limited amount of time to play a game. I love the fact that between each level there are some short comic panels explaining the story. It brings a sense of cohesiveness to the game and it breaks up the game nicely.

Not much. After the last update I don’t have any issues with crashing. There’s not a whole lot of replay value here unless you want to collect all the stars. I’m hoping that the developer will add more levels soon.

Read our other app reviews here.