The Duke is Mine Review 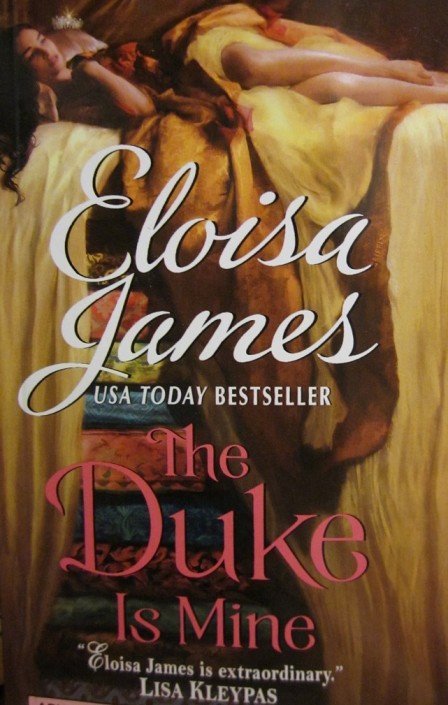 Yes. The Duke is Mine is kind of like a Jane Austen book, but with sex.

While The Duke is Mine certainly doesn’t reinvent the Victorian romance novel, it’s still a nice collection to the library if you’re looking for a feisty heroine. It doesn’t hurt that her sister is also quite interesting as well, despite her somewhat modest appearance. I also enjoyed the fact that they delved into the backstory of the love interest to explain why he was so darned cold.

The main character Olivia isn’t some duchess waiting to be rescued, she’s feisty and has plenty to say to people that cross her. This is both a good and bad thing, but it’s certainly relatable. Her relationship with Tarquin Duke of Sconce is bittersweet as throughout the book they must both hold back their passions for various reasons. I also have to commend the author on how she approached the Duke of Canterwick’s character without making it too out of place. The Duke is Mine kept me interested throughout and I pretty much stayed up all night so that I could finish it. I wanted to know what would happen with Olivia, Tarquin and Georgiana. Would love prevail? Would the sisters fight over Tarquin and ruin their friendship? This is definitely a page-turner. And it doesn’t hurt that there are a couple steamy scenes along with one very awkward one.

Honestly, Olivia’s attitude kind of got on my nerve at times. You kind of just wanted to shake her and tell her “Shut up! You’re not that clever!” I also found that the characterization of Olivia was actually lacking a bit. She seemed rather one-dimensional to me while I found Georgiana far more interesting as she began to have more confidence in intelligence. Tarquin was a bit flat as well, but we begin to see different sides of him as he opens up more to Olivia. Unfortunately, Olivia’s character is kind of a one trick pony, but I still enjoyed the ride.

Despite some of the issues I had, I still enjoyed The Duke is Mine. There’s a nice mixture of romance, humor, action and, of course, sensuality. Pick it up if you’re looking for a quick, steamy read.

Read our other book reviews!