The Feminist and the Cowboy Review 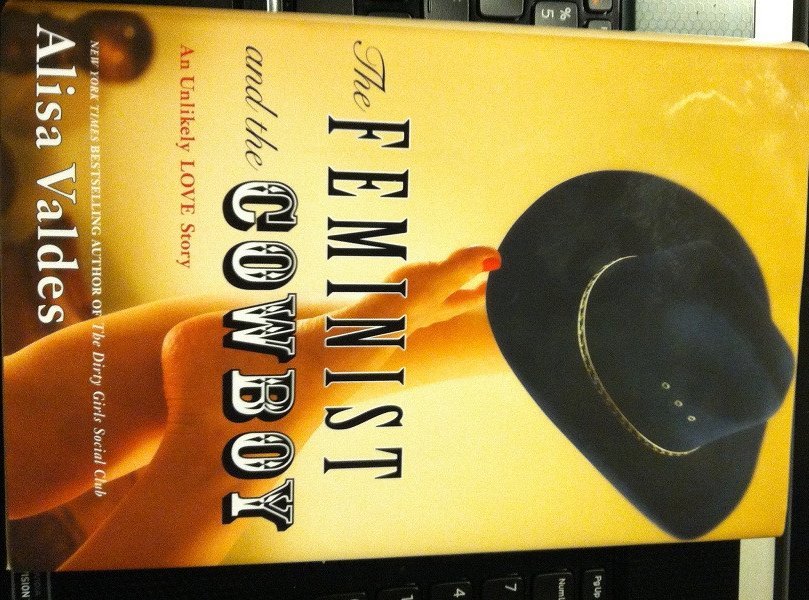 Is It Worth Your Time

No. The Feminist and the Cowboy is not very well written nor is it much of a love story.

It’s hard to follow the author’s train-of-thought in The Feminist and the Cowboy. Alisa Valdes is all over the place telling you about her childhood, then the cowboy and then about the feminist movement. You never really get to understand Valdes in a cohesive manner because she’ll just suddenly jump into something new in the next paragraph. I’m also not a big fan of the blog style writing of the book. It works in small doses, but as a book, it gets a bit annoying.

Valdes has a fun voice though it seems at parts that she’s trying a bit too hard. Her journey from man-hating feminist to practically submissive female. While I personally don’t believe she decided to seek help for the right reasons (i.e. for the cowboy) I think it took a lot of courage for her to look at her life and make changes.

There’s so much not to like about The Feminist and the Cowboy. Honestly, while Valdes voice is fun, it’s hard to get through the entire book. Her writing is practically stream-of-consciousness at times. This might work when writing short blog posts, but it takes me out of the book. Her thoughts are everywhere. One moment she’s talking about how hot the cowboy is and the next she’s talking about her childhood. There’s no sensible progression in the story. The book is also a bit too long, which leads to a bad case of redundancy. I found myself skipping pages because it didn’t say anything new.

The biggest problem I found was the relationship between Valdes and the cowboy. Rather than a love story, it seemed more like an emotionally abusive relationship. The cowboy used Valdes desperation and love as a way to control her. Anytime she said something he didn’t like, he would shut off, even if it was something that she felt was of importance to her. After she would get angry, he would tell her it was over, and she would then proceed to grovel and ask to be taken back. This happened at LEAST three times during the memoir so I can’t imagine how many times it happened afterwards. It’s classic controlling behavior and it’s not a very good example of what a healthy, loving relationship should look like. Valdes even made drastic changes to her views as well as personality all for the sake of the cowboy who did nothing to change. Did she need to get counseling, maybe. It takes a brave person to look at their life and realize that it’s not what they want and change. However, I just can’t stomach the fact that the main reason she made this change was so that the cowboy would take her back. Sure, sure, there’s the other stuff like she’s unhappy with the way she is, etc. But come on. The main motivation is the cowboy. It’s not a good message. Add onto the fact that she is already seeing red flags at the beginning of the relationship, and even notes them, and then promptly ignores them/logics them away. You just want to take her aside and ask her “What the hell is wrong with you?”

And while Valdes changes her domineering personality, the basic issue doesn’t change. She recognizes that all her life she’s been working for validation from her father and mother trying to please them. This is the basis of a lot of her frustration. After getting help she thinks that she’s overcome this, but at the end of the day she’s reliving her daddy issues with the cowboy. Now instead of pleasing her father she’s switched gears to the cowboy. Fundamentally, Valdes hasn’t really faced her real issues, which seems like she’s kind of the codependent type. Sure she used to talk a big game about feminism and hating men, but her constant need and search for approval and love from controlling alpha males…well that’s never fixed.

If you’re interested in learning more about Alisa’s life and about her relationship with the cowboy, you can read her blog at Miss Alisa Space.

If you go into The Feminist and the Cowboy thinking that it’s going to be a thought out look at love and relationships, you’ll be sorely disappointed. If you’re just looking for an entertaining read that’ll make you wonder what outrageous thing Valdes will say next, this definitely fits the bill. I’ve read better, but then again I’ve also read a lot worse.