The Nardio review of The Raid: Redemption 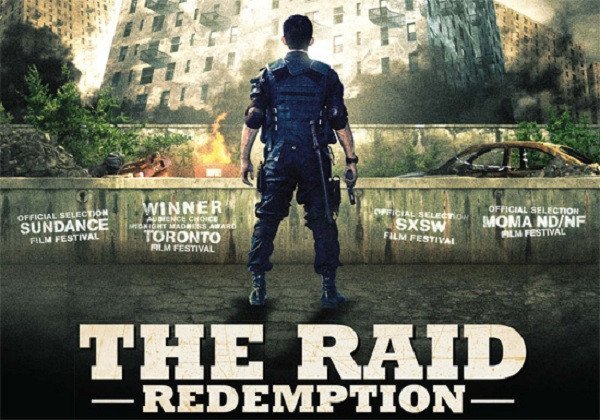 What Should I Watch it On

We watched The Raid: Redemption on DVD, which was fine. I don’t really think there’s a need to watch it on Blu-ray. The scenery is bland, a lot of the scenes are dark and there’s a lot of shaky cam.

There’s a lot of good action sequences in the movie, which is really why you’re renting this movie. I’d never seen Pencat Silat martial arts before and I really like it. There’s no wasted movements or flourishes like you see in so many martial arts movies. That being said, there are just a handful of scenes that left me going, “Huh?”

The choreography in the movie is awesome. The fight scenes are fast and furious. There’s not a whole lot of story going on here, it’s pretty much go from here to there and beat stuff up in the way. It’s fairly predictable, but there is a nice twist in there. If you’re looking for an action movie that doesn’t require you to pay a lot of attention and doesn’t have that annoying instant replay like Ong Bak, then The Raid: Redemption is for you.

While the fights scenes are awesome, there are just too many times when I’m thinking, “Ok so why didn’t he pick up his club and knife again? Why didn’t he just take the weapons off of the dead bodies?” And so on. I know, you ‘re not supposed to ask questions, but seriously, why handicap yourself and go into a fight without weapons? If you don’t want to carry too much, that’s one thing, but at least take back the weapons that you had been using so beautifully and effectively before, like the knife and stick. I’m also not a huge fan of the soundtrack, brought to you by Mike Shinoda of Linkin Park.

Overall, it’s not a bad movie but it’s not a great one either. Martial arts fans will definitely get a kick out of  The Raid: Redemption, but don’t expect any groundbreaking fight scenes or amazing story line.