The Nardio Review of Zookeeper VS 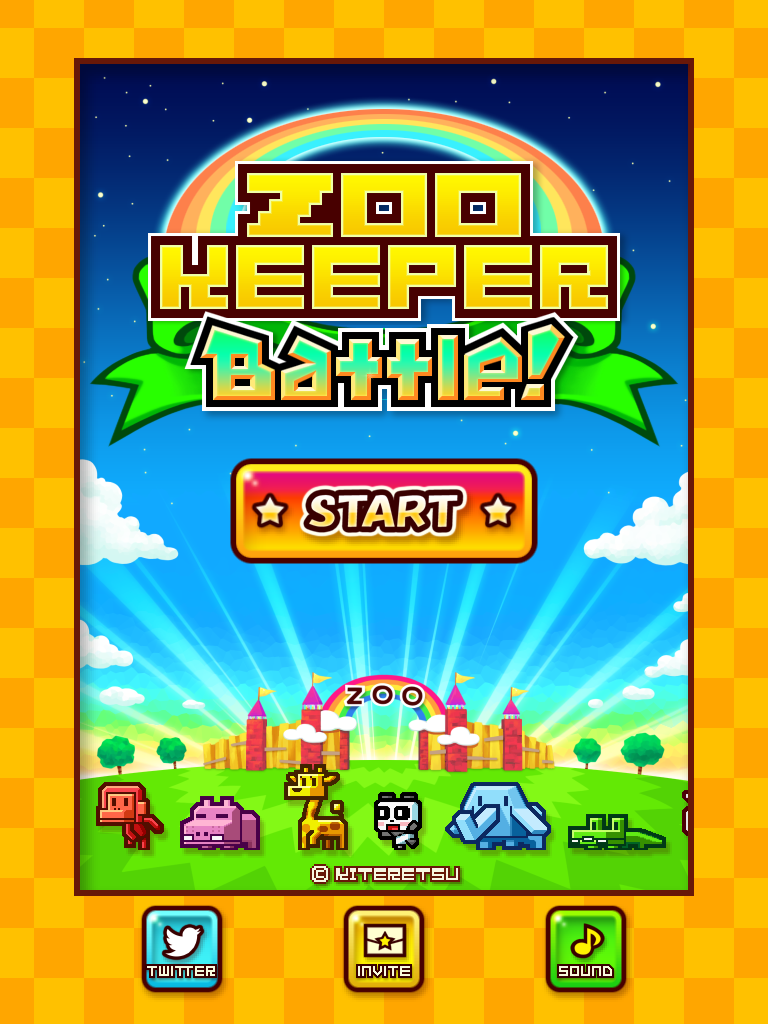 At first I wanted to say no, but I’m totally addicted to the game, so yes. Plus Zookeeper Battle is Free! (Developer interview coming soon!)

Zookeeper Battle is a universal Apple app, however it’s best played on the larger screen of the iPad.

It’s Free! It can certainly be a frustrating game, but it’s cute and addicting puzzle game in the same vein as Bejeweled. Basically you match up three of the same animals. Different animals give you attack power (crocodiles, giraffes, pandas, lions, and monkeys) and others give you defensive powers (elephants and hippos). In every round there are special animals that, when matched, will give you both offense and defense. Each round is 30 seconds and at the end of each round, your score is tallied and then matched against your opponent. It’s a fun game that will definitely have you playing for hours. 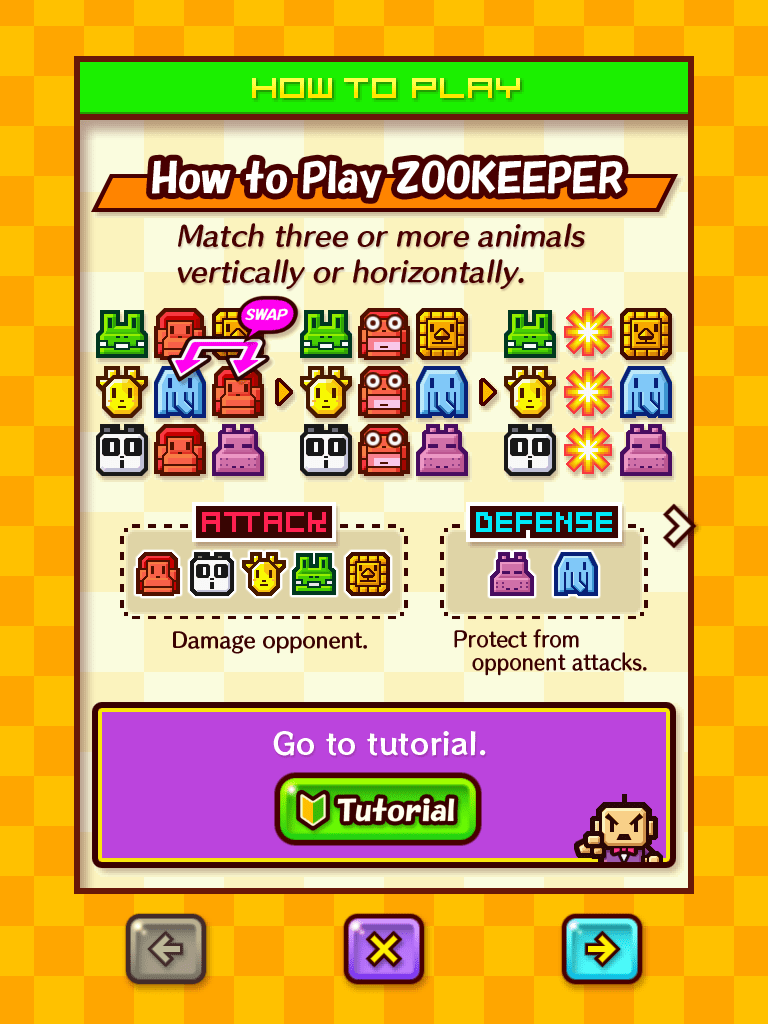 How to play Zookeeper

It plays perfectly on the iPad. It’s extremely simple to grasp the controls and there’s a tutorial in the beginning explaining how things work. There are times when I feel like I did a great job matching up the animals, but somehow by attack and defense score are low. While it seems like the developers wanted the players to have some sort of strategy involved what with the offensive, defensive and special animals, the fact of the matter is that you’re too busy matching anything on screen to really take it into account. 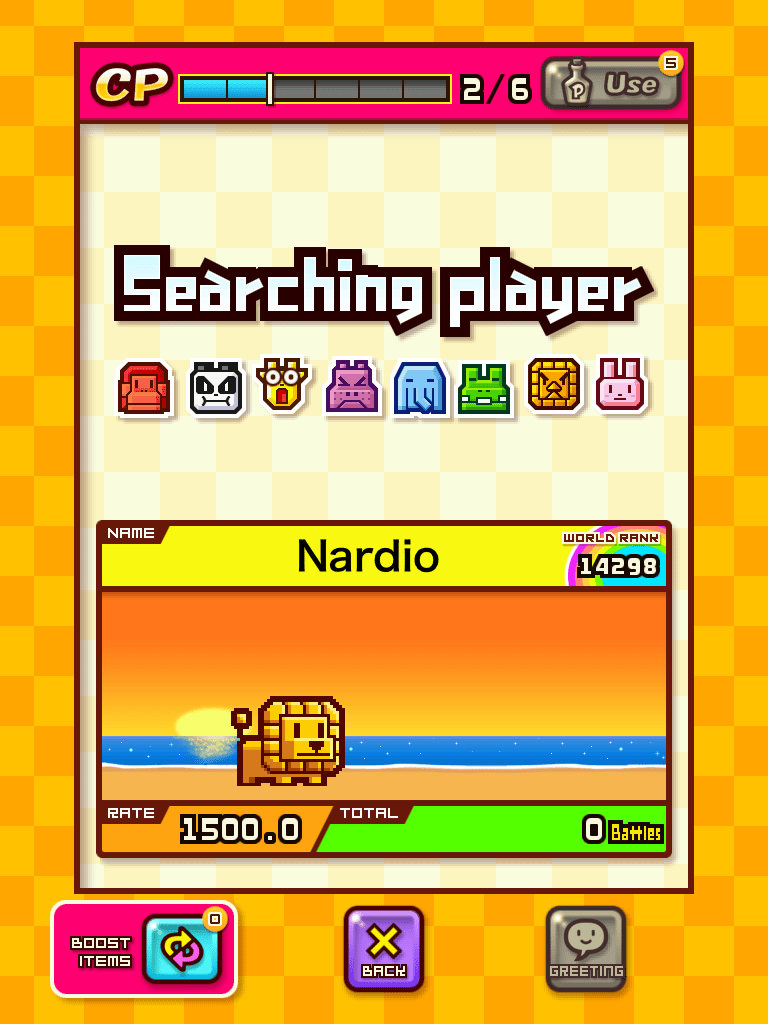 Zookeeper Battle is a totally fun and addictive puzzle game. I like the fact that you duel against other people with the innovative “combat system”. There’s also incentives to keep playing the game to earn different backgrounds and greetings. For the time being, the wait to collect your Charge Points (CP) is only 6 minutes, so generally by the time that you finish a match (if it lasts into the final round) you’ll have another CP ready. When I first started playing the game I was getting frustrated because I just couldn’t seem to rack up enough points to beat my opponent, but after awhile you start seeing all the combinations faster. There’s also the option of having a partner, which I’m not ashamed to admit doing. Hey two pairs of eyes are better than one. It can get a bit confusing when you’re playing with another person though. If you both try to make a move at the same time, the game doesn’t register either one. I like the competition aspect of it as well. While it might be a little annoying at first eventually you’ll either start winning or stop caring about winning and losing. There are still times where I’m cussing out my opponent though, calling them a cheater. Thank goodness there’s no option to type in my own greeting at the end of a match. 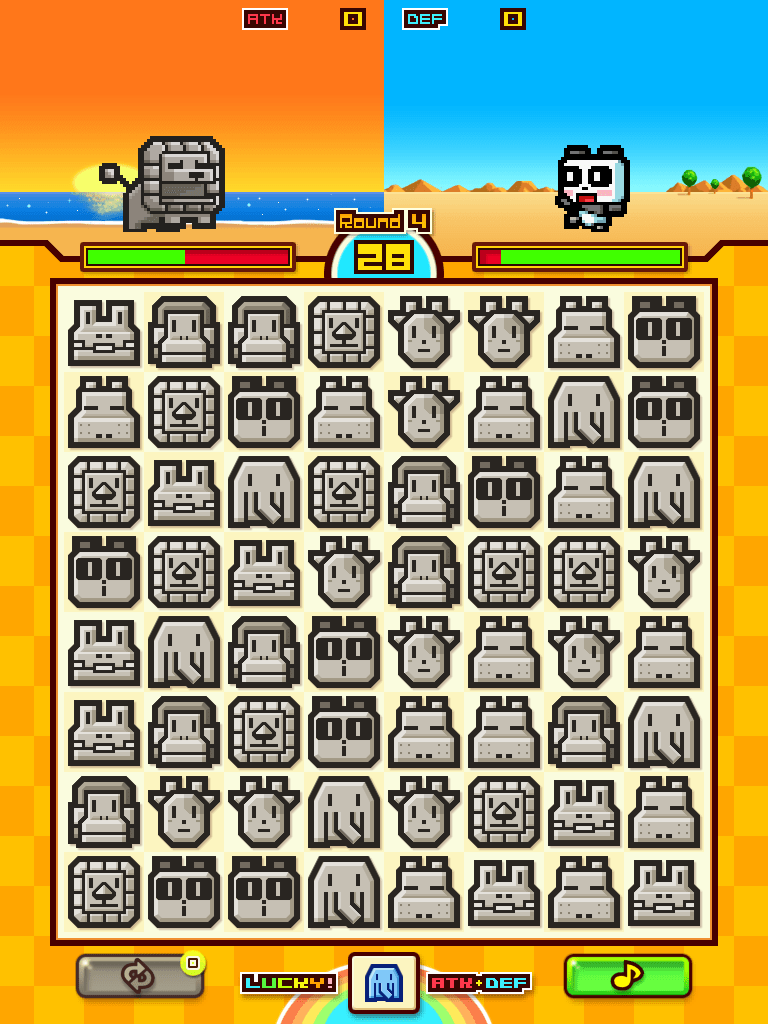 Special blocks like the paint block can hinder your opponent

I really wish that Zookeeper Battle offered an offline, infinite version of the game to keep you busy while you wait for your CP. It would keep people on the game much longer. I also wish that there wasn’t a CP cap. You can only have 2 CP normally after 12 minutes but there are slots for 6 CP. You need to purchase the Power Bottles in order to max out your CP. Luckily, the start you off with 5 for free, but after that, you need to play the waiting game. You only start recharging your CP after you’ve gone all the way down to 1. It’s not a horrible wait, but it seems like the developers plan on increasing the CP time from 6 minutes to 30 minutes in the future. There are also Boost Items that can give you the advantage over your opponents by shuffling the panels, washing away the mud on screen and getting rid of “the boss” from your panels. These purchases seem kind of cheap to me as they give a pretty big advantage to players who have spent money on them. I think they developers should have stuck with the Power Bottles. 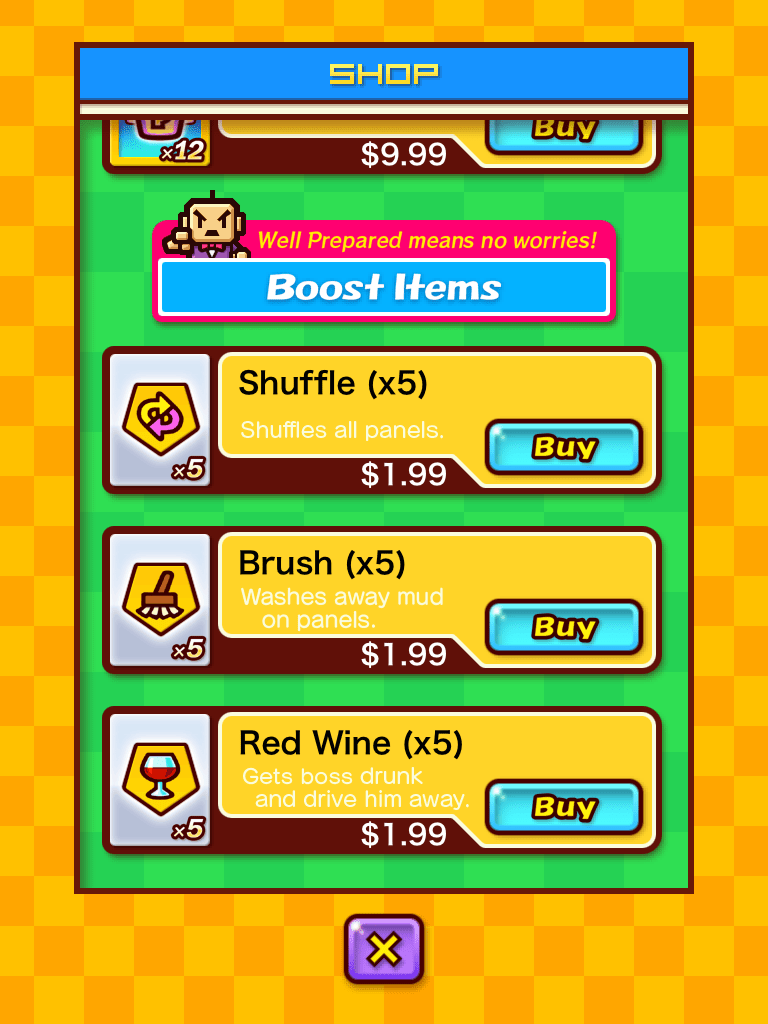 In terms of actual gameplay, there are times when I think that I did really well and my offense/defense scores don’t seem to reflect that. Then there’s the actual duel idea. While I think it’s one of the things that makes the game fun, I think it’s also the game’s biggest fail as well. The boards that myself and my opponent receive are not the same, giving one person an unfair advantage over the other. It would make more sense if the boards for both of us were exactly the same. Basically some of these boards I win purely because I was lucky enough to receive a health block while my opponent did not. To make it a little more fair, it would make more sense if we both received the same board. That way, there’s not as much up to chance as “skill.”

Despite these complaints, I can’t help but recommend this game. It’s cute and fun despite some of the issues. Once I let go of my fiercely competitive side, I pretty much started enjoying the game. Also, it’s free!

For those that want an offline version, there’s Zookeeper DX Touch. The original Zookeeper game is available for the Nintendo DS.