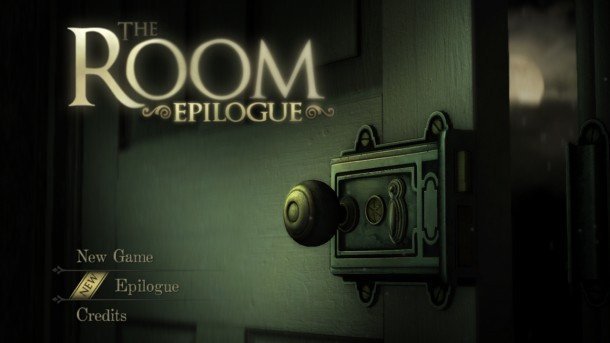 Yes. If you played The Room, then you’ll want to play the epilogue.

The Room Epilogue is a universal app. With all the beautiful details and interactive 3D design, I highly recommend playing the game on a larger screen. 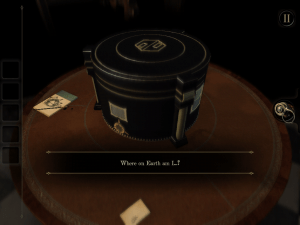 Your new box to unlock

The Room Epilogue is a sort of conclusion that wraps up the rest of The Room and leads nicely into the next game, which will allegedly be out sometime this year. It’s a free update, which is pretty awesome and, while a little short, will feed your puzzle addiction. In similar fashion to The Room, you need to look for clues on the box and figure out how to open it. The graphics and gameplay are pretty much on par in terms of quality with the original game.

If you’ve already downloaded the game, The Room epilogue is a free upgrade. It’s basically an additional 30 minutes of gameplay, depending on how good you are at these types of puzzle games. It offers the same great graphics and background music and keeps you enthralled with the story. A good and bad part of the epilogue is that you don’t have to play the original game to play the epilogue. This is great for someone like me who deleted the game off my iPad after completing it to free up space. I wasn’t forced to play all the levels again. 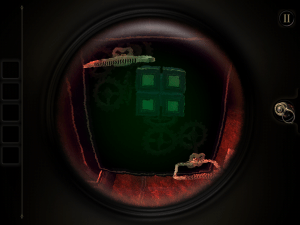 If you get stuck, use your lens to discover hidden puzzles

The gameplay for The Room Epilogue is pretty much the same as The Room. You tap on the box and look for various clues to unlock other areas of the box. You can pretty much figure out what is important because you can only zoom into areas that will be important later on. If you can’t zoom in, that means it’s not important. The puzzles this time around are a little trickier and some things are more hidden than others, so make sure that you pay very close attention to everything. If you happen to get stuck, the game gives you a couple hints to help you. There are times when the hints aren’t very helpful because you’ve already made it past whatever hint they are giving, but generally it’s useful. If all else fails, make sure to look through your lens to find things that might be hidden from view.

In terms of the story, you pretty much pick up where you left off and try to figure out where the heck you teleported. It’s engaging. I literally couldn’t put the game down until I completed it.

It’s so short and the ending doesn’t really give you any answers, just more questions! Luckily Fireproof Games has announced that there will be a sequel, so I’m hoping that it will go into more detail about what’s going on. I’m also a little iffy about the fact that anyone can just play through the epilogue without playing the first part. While it certainly benefited me, it’s kind of a cheap way out for people who haven’t played the game to see the ending. Other than that, the game is pretty perfect!