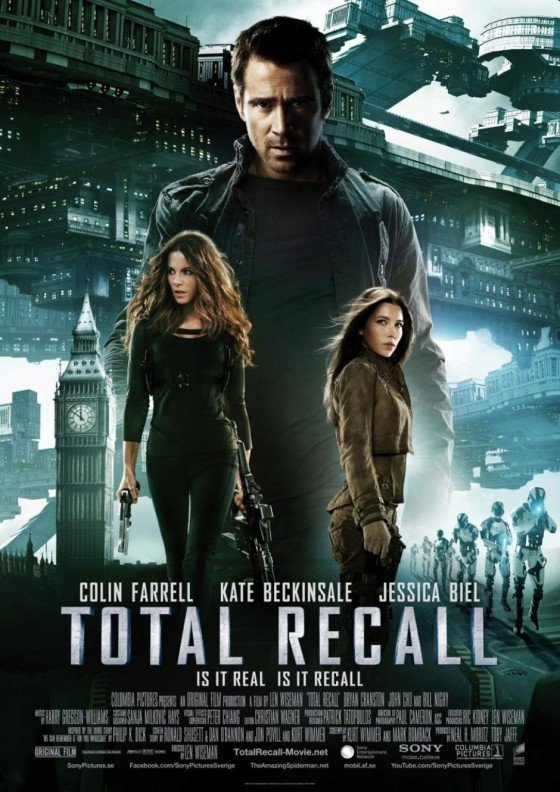 Yes. The new Total Recall is definitely worth a rental and a buy.

The sci-fi aspects of the world, action sequences and explosions all scream Blu-Ray.

The new Total Recall is a much grittier, better acted and more lush world than the original movie. I like Colin Farrell as Douglas Quaid, I think he pulls off the emotional journey of the character well. For those that have watched the original, there are plenty of nods like the infamous three-breasted hooker. You’ll catch other homages throughout the movie, making it a lot of fun. The basic premise is pretty much the same as the original and the only major difference is the setting. The sci-fi landscape is really beautiful and well-designed. You can really see the difference between the way people on the Colony live versus those on the United Federation of Britain.

It’s a cinematic spectacle. There are some amazing shots in the movie that really get you engrossed in the movie. And, like the original, you’re left wondering if the events were real or imagined. A lot of critics have been giving the new Total Recall flak because it’s not as good as the original. Honestly, it’s better than the original. It’s not nearly as campy and there’s more of a connection between Farrell and Jessica Biel’s character. I still appreciate the fun, craziness of the original Total Recall, but the new one is just a better looking movie without all of the plot holes from the original (though there are some).

It’s an entertaining movie, but not spectacular. I was never invested in the characters, but I was okay with that. I wasn’t expecting a deep plot with rich characters. There’s not as much over-the-top gore or humor as in the original, but again, I wasn’t looking for an exact replica of the original with a new, shiny appearance.

If you’re looking for a fun action movie, then give Total Recall a shot. The cinematics are amazing and there’s a good bit of action.