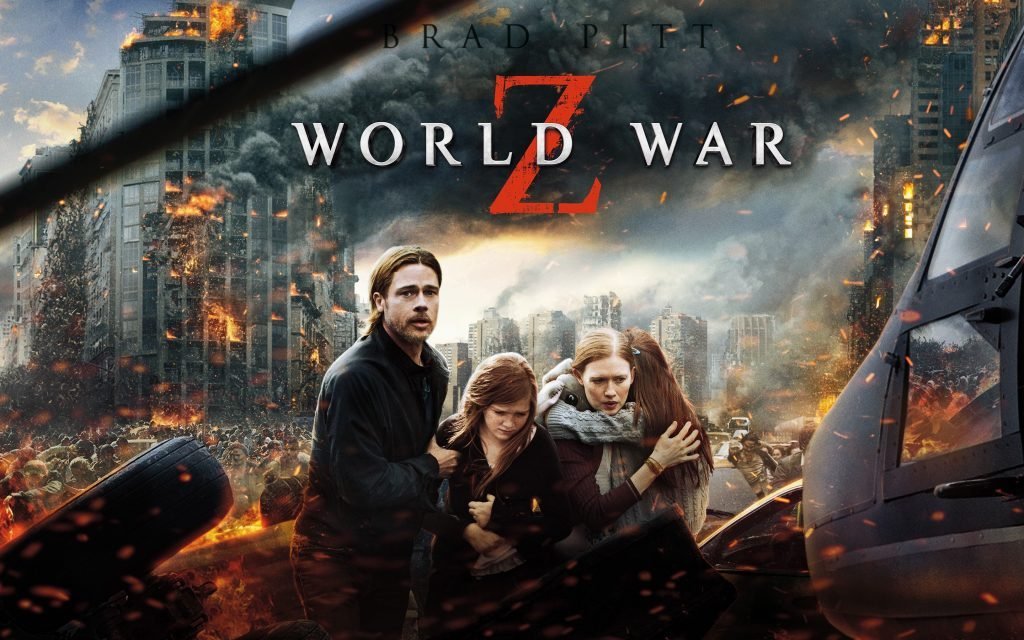 Considering all the effects and visual tension, I suggest watching World War Z on Blu-Ray.

World War Z is probably one of the few movies that has spent years in production due to rewrites and reshoots and turned out well. The trailers really don’t do the movie justice. The Zeeks/Zombies are terrifying not only in their numbers but their speed as well. Interestingly enough, there’s hardly any gore in this movie due to its PG-13 rating, but it still manages a good deal of suspense. Please note that while the movie is based off of the novel World War Z, it only references a couple events that happen in the book.

Normally when you think zombie movie, you think lots of blood and gore. World War Z somehow is able to do away with all the standard trappings of horror flick and goes for suspense instead. There are only a handful of scenes with some blood. Most of the actual violence happens off-screen. The movie, instead, utilizes suspense more than anything else. The camera angles, sound effects and music will really keep you on the edge of your seat the entire movie. Brad Pitt and the rest of the cast also manage to draw you into the world, making you really experience the shock and desperation they feel on screen.

Originally, I really disliked the idea of fast zombies and the CG effects I saw in the trailers didn’t really impress me. When I actually watched the movie though, it worked out well. The zombies were more forces of nature that could easily wipe out a town within a matter of minutes. They aren’t mindless, slow-trudging undead, they’re fast and intelligent enough to be scary. Throughout the movie we see all of our best inventions and safeguards come crumbling down. It’s frightening to watch, you can’t help but feel the hopelessness of the situation.

Not much really. There are a couple head scratching moments, but for the most part it’s very well written, acted and directed.

Read our other movie reviews!