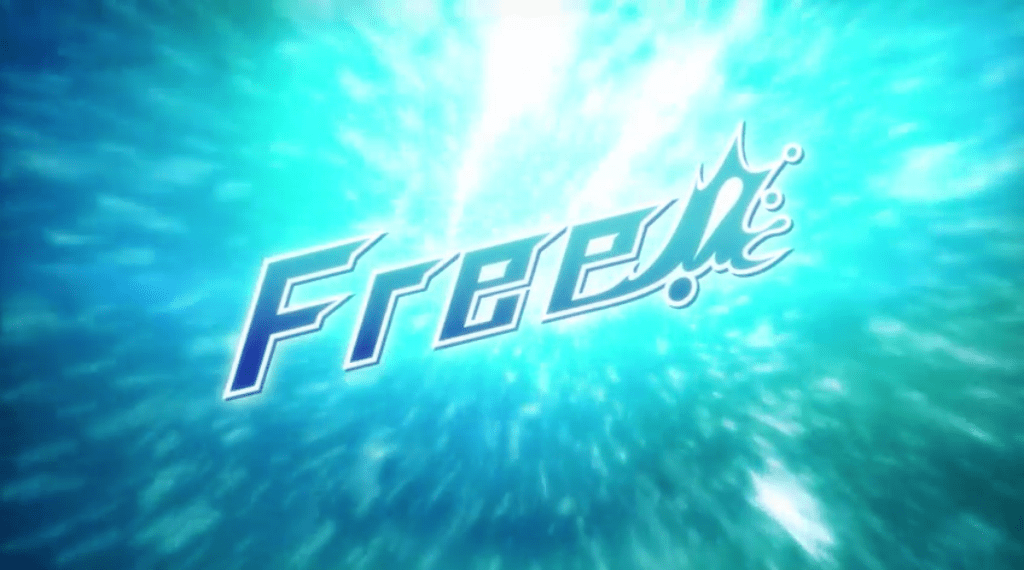 Yes. Free! Iwatobi Swim Club is an enjoyable sports-themed anime that has plenty of fan service for the ladies.

As far as I know the only legal place to watch Free! Iwatobi Swim Club is on Crunchyroll. Luckily, the anime is one of the many simulcasts that Crunchyroll offers so you can enjoy it every week. 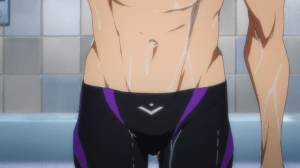 This is a pretty tame example of the fan service

Free! Iwatobi Swim Club at first seems like an anime geared to please the female crowd, but it’s actually got a good bit of story and, yes, sports action to keep the male audience interested. All of the characters kind of fit a cliche – you have the cool, distant guy, the energetic girly one, the nice guy, the smart guy and then the tsundere. The anime could have easily fallen into the typical anime trap where the characters are cardboard cutouts with little personality aside from the ones prescribed to them. Luckily, there is much more to each character than what they show on the surface. 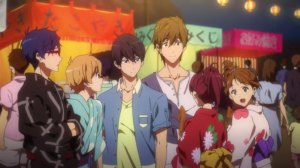 The gang from left to right: Rei, Nagisa, Haru Makoto

More than anything, this is an anime with heart and a good couple laughs. At first it might seem relatively shallow but as you watch more episodes you slowly learn more about these kids’ backstories and what makes them tick. Even Haru has a good deal of emotional depth to him. At first I was the least interested in his character, he doesn’t seem to appreciate his friends and cares only about swimming. Soon though he begins changing and that stoic facade crumbles a little bit. At the moment, there’s only been one competition and I wasn’t really on the edge of my seat, but I’m guessing later competitions will be more exciting. Besides, this story is more about the characters and their relationship with each other than anything else. Can I also say how refreshing it is to see a lack of big-breasted women and panty shots? There has not yet been a scene where the female manager and female club advisor get into bathing suits or get naked. While their club advisor seems kind of useless, the female manager definitely pulls her weight and it’s nice to see a cute and capable girl in an anime.

The artwork for Free! Iwatobi Swim Club is really nice. The swimming animations are smooth and fluid. It’s obvious that the artists did their research. Something I rarely comment on in anime is the music. Here, the music just blends really well with the action on screen. I’m really digging it.

Not much honestly. The characters at this point are a tad bland, but I imagine that that as the show continues there will be a lot of character growth, it just seems like one of those anime. My one gripe is the character design. It’s kind of cookie cutter. It gets to a point where I can figure out how each of the characters will sound before I watch the anime and get it right 99% of the time. Still, they all look different enough from each other that you can easily tell them apart. Check out our gallery for more pictures! 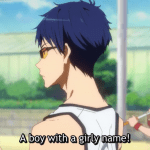 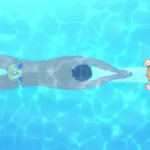 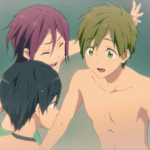 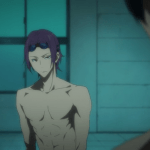 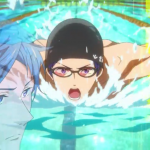 Check out our other TV/Movie reviews.