This week’s Interesting Interview comes from the co-founder of 10tons Ltd.  They are the great compny behind King OddBall and many other games. If you haven’t already experienced King Oddball go buy it. If you’re nervous read our review first, then go buy it! Don’t forget to check out the rest of the great games they offer.

Can you tell us a little about yourself?

My name is Tero Alatalo and I’m the CEO and co-founder of Finland based game developer and publisher 10tons Ltd.

You are coming up on ten years of making games.  Can you tell us how it all started? What brought all of you together?

You could say it all started back in 2002 when I and a few friends made a top-down shooter game called Crimsonland. We didn’t think much of it. It was basically made just for fun and released for free.

Then something unexpected happened. The game got surprisingly popular. Somehow Petri Järvilehto, who was back then working at Remedy (currently he’s the head of games at Rovio), got into playing Crimsonland, and decided to help amateur game developers to find a publisher for the game. That was incredibly cool. We started polishing and adding more content into the game, and about a year later Crimsonland commercial version was released by California based company called Reflexive.

What do you look for in new team members?

Our ideal candidate for a game developer is someone who is talented, interested in games, and has already made games of his/her own. If you’re a programmer you’ve got to have a few years of programming experience so you’ve got some routine. The languages you’re familiar with don’t matter that much as long as you know your way around some object-oriented language. If you’re an artist, it’s vital to have a killer portfolio. It’s also good to know how graphics are made for games.

The jump kind of happened by itself as the first games we made started generating actual money. After Crimsonland, the casual gaming market was booming and we were one of the companies to jump in at the right time. At some point we simply realized that we could easily make a living out of this.

Try and find like-minded people who you can experiment making games with. Try actually finish and ship a product. It is easier than ever to make and publish a game these days, but in many ways it’s harder than ever to make a living out of it. Think about if you want to found your own company or get hired by one. In any case I think it’s vital to have some concrete evidence of your skills as part of your CV.

It varies from game to game. Inspiration can come from odd places. King Oddball was actually heavily inspired by 70s cult-classic movie Zardoz and – believe it or not – Steve Ballmer. 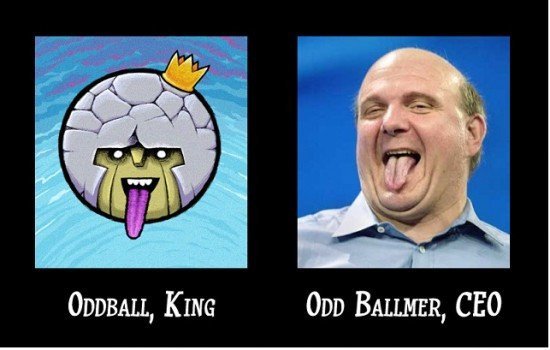 How long did it take to make King Oddball?

It’s hard to say exactly as we already had prototyped the idea for this game in 2009, but the actual full-time development started in March 2012, and we released the iOS version in September. We did have a one-month summer holiday in between, and also did some work for other projects, so the best estimate is between 4 to 5 months of actual work. That’s for average team size of 2.2 people plus outsourcing for the music.

There are lots of challenging parts in many aspects of making a polished game, but I think the hardest part in many ways is to come up with the initial idea and design which will be both marketable and fun to play. It’s probably impossible to tell right away what the game is going to end up like exactly, and iteration is a key part of game development process, but the sharper the initial vision is, and the better the initial guesses are, the easier the rest of the development is going to be. It’s very expensive and frustrating to realize a few months into the development that an idea doesn’t work as well as imagined.

How does it feel to have made several great games?

It’s always rewarding to ship a game, and it does give you some perspective, but it definitely doesn’t make it easier to make games. You’re constantly aiming higher and unable to settle for less.

How does it feel when people you know are playing your game?

It’s of course very satisfying to get good customer reviews as it kind of validates the design decisions you’ve made. On the other hand, I’ve got a friend who pretty much thinks all our games are crap, but it’s still oddly amusing to watch him play and complain. He is totally wrong of course.

What program/s did you use to make King Oddball?

We do most of our development on Windows 7 PCs. Two of our most used programs are Microsoft Visual C++ and Photoshop. We’ve got our own simulator which we use to test games for multiple platforms during the development, but obviously we also used Xcode to build and submit the iOS version. I’m not sure what programs the musician Jonathan Geer used for this one, but I do know that he recorded the amazing soundtrack for King Oddball with actual live quintet (Austin Piazzolla Quintet) which was very cool.

We have had no problems getting any of our apps approved if that’s what you mean. On the other hand, there’s always that one last thing you’d like to tweak before submitting, and you only get one launch, so it can definitely be hard to let go some times.

How do you feel about the iOS app store?

It’s awesome. There’s no question it has revolutionized the game business. Never in the past have there been so many creative and cool small games available out there. Or so much useless junk, depending on how full your glass is.

The last game I enjoyed so much I actually finished it was The Room by Fireproof Games. It was a well-made new kind of game experience that was actually short enough to keep you interested through the whole game.

We semi-regularly play board games and have a constant quest for finding the perfect easy to pick up yet fair game for the office LAN parties. We’ve played quite a bit of Soldat and Diablo 2 over the years, but we’re still searching for that perfect game. We’re almost desperate enough to start developing one ourselves.

Back in the days when we were making PC casual games the answer would have probably been PopCap, but nowadays I think it’s more about single apps which has some quality to them which makes them amazing. They don’t have to be perfect or even good in each possible way. The Room I mentioned before is one example. A few other examples are Braid, Limbo, World of Goo, and Little Inferno. I liked what Rovio did with the Angry Birds brand with Bad Piggies. Supercell’s Clash of Clans is also very well put together Freemium game.

I would really like to finish the Crimsonland sequel we’ve been working on/off almost since the first Crimsonland came out.

I believe coffee gives you all the nutrients you need to develop a smashing hit game. Don’t try that at home though. Results may vary.

Check out our games at 10tons.com!

10tons Ltd is preparing to launch a brand new iOS game in January 2013. The game will prominently feature the energy drink brand Explodz. 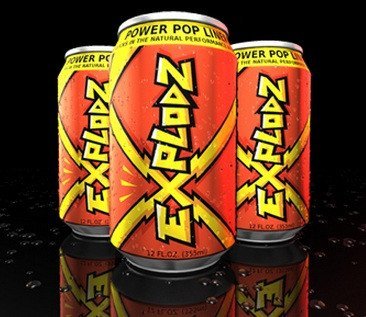 ”Explodz is an interesting product and we’re thrilled to feature it in our upcoming game”, enthused Sampo Töyssy from 10tons. ”We’re also excited about the sports star endorsement to be revealed in early January.”, Sampo continues.

Stay tuned for further announcements about Explodz, 10tons, and the upcoming iOS game in early 2013.

If you like this interview leave a comment and let us know what else you would like us to ask next time. Check out the rest of our Interesting Interviews!