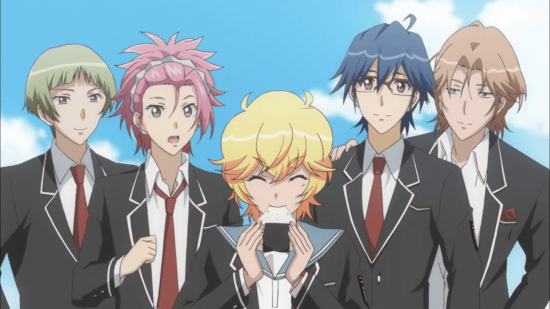 Is Cute High Earth Defense Club Worth Your Time?

As far as I know, Cute High Earth Defense Club is only available for legal streaming on Crunchyroll and Funimation.

Cute High Earth Defense Club is a fun take on the magical girl genre, except this time with boys. Of course, that’s not the only twist on a genre here. There are plenty of nods to other anime tropes that they both use and lampshade. 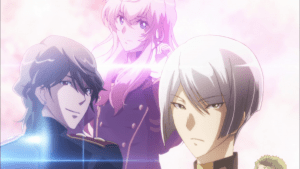 Honestly, when I first started watching Cute High Earth Defense Club, it was just something to fill the time and gap left in my heart after Monthly Girl’s Nozaki-kun ended. In the beginning I didn’t really find it that funny, but it started to hit its stride by episode 5. If you can stick with the slightly awkward beginnings, it’s an awesome riff on magical girls who are defenders of the Earth. You have a group of 5 guys who all don’t really care about this saving the Earth business, except for one of course. They each fall into a stereotype: Yumoto is cutesy and childish, Yufuin is lazy and apathetic, Kinugawa is the serious one, Naruko only cares about money and Zaou is a womanizer. As different as their personalities are they somehow are all friends and generally hang out in the club room doing…well nothing. That is until one day a magical pink wombat/alien creature transforms them into Battle Lovers to defeat evil monsters created by the green hedgehog Lord Zundar and his three evil minions who just so happen to be the student council body: Kusastsu the President, Arima the Vice President and Gero who is probably the Secretary. Sound like typical magical girl…er guy fare? Well it is.

The show does a great job embracing the genre while at the same time being a total parody. The main characters don’t really take the job they are charged with seriously. In fact in a lot of the episodes they begrudgingly transform and defeat the monsters. And what a transformation it is. Some episodes seem to draw it out longer than others, probably as filler for ones that don’t have as much action and dialogue. Still, it’s pretty hilarious and pretty spot on for the standard magical girl transformation. And, of course, with 5 attractive boys in the show there are plenty of yaoi innuendo, all of which are obviously deliberate. There are plenty of laugh out loud moments, but this isn’t an anime that spits out gag after gag. A lot of them are slow burning, especially the one about Kinugawa and Kusatsu’s relationship. In fact this joke doesn’t really resolve itself until the penultimate episode where you learn why their relationship soured. Oh, the hilarity. The ending is a pretty crazy great culmination of humor, action and a great twist ending. Oh, and a mecha.

The first couple episodes aren’t great and it just seems like there’s no story or point to the anime. But it’s easy to put all of that aside the longer you watch. It’s just plain old FUN to watch the Battle Lovers team fight against these weird monsters. I also find Yumoto annoying, but I’ve never been a fan of the shota (boy Lolita) characters.