Is This a Zombie Season 1 Review 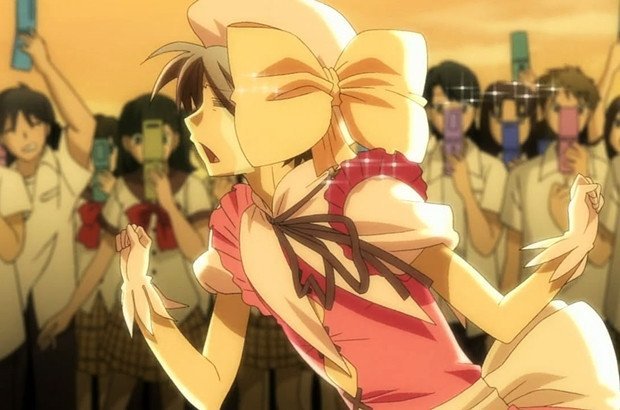 Yes. Is This a Zombie is a hilarious anime that pokes fun at many other anime genres.

I watched Is This a Zombie through my Funimation Roku channel, and honestly, I couldn’t see a much of a difference between SD and HD.

Is This a Zombie is a hilarious anime that makes fun of pretty much stereotypical anime genres. Want a magical girl? You got it. How about ninjas. Yep it’s got that too. For the most part, this anime flips all familiar anime tropes on their head, though it does occasionally play it straight. I haven’t enjoyed an anime this much since I watched Magical Shopping Arcade Abenobashi.

First off, Is This a Zombie has a great mixture of comedy, drama and, yes, even some violence. Even when the plot gets dark, the show does a great job bringing in some lightness so it doesn’t become overly dramatic. Although two of the girls really annoy me, they didn’t take away enough from the overall plot and pacing of the movie to make me stop watching. The serious moments in the story were executed quite well and I found myself getting attached to the main character Asumu as well as Eu. Asumu is an excellent protagonist with ample amounts of cowardice and courage. The overall plot isn’t the best, but it does the trick and you get plenty of times where you hold your breath. Oh and…I love the fact that Asumu becomes a Magical Garment Girl.

There are some plot holes for sure and times where it got a little too stupid. Some plot points also aren’t really explained or explored fully, which is a bit of a bummer. I also was annoyed by the constant verbal abuse that Asumu took from the Vampire Ninja Seraphim and former Magical Garment Girl Haruna. Aside from that, I kind of disliked the whole King of the Night plot, but I guess it made sense to a certain extent. Like I said, the plot isn’t the strongest, but there’s still so much enjoyable dialogue and story that I can forgive some stuff.

If you want a ridiculously hilarious anime that has a good amount of action and drama, pick up Is This a Zombie. If you have a Roku, check out the Funimation channel if not, pick up the complete Season One.

Check out our other TV/Movie reviews!