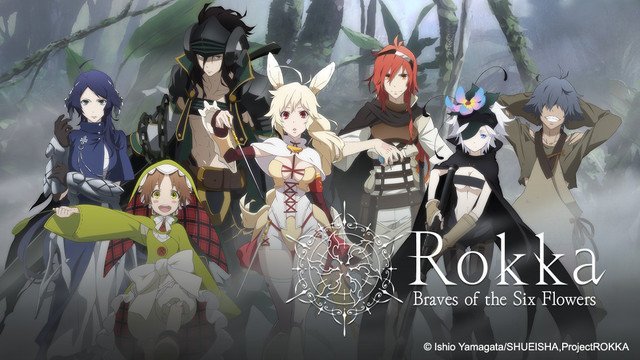 Is Rokka: Braves of the Six Flowers Worth Your Time?

No. Don’t waste the 288 minutes like we did. You can’t get that time back.

The only place it is currently available to legally watch is Crunchyroll.

We got drawn in because of the beautiful art but sadly the story didn’t live up to it. There are some serious moments of brilliance here and the action sequences are pretty interesting. It just falls apart though as you keep watching. It’s a shame too because we really wanted to like it. We just finished it because we had already invested the time into it. The “ending” just had me groaning in exasperation. I assume this is going to get a second season the way this is going, but I don’t care to see how it ends.

Rokka: Braves of the Six Flowers is too clever for its own good. The foreshadowing can barely be considered as such and the twists, turns and random coincidences just kind of make the plot strands fall apart. It just breaks the willing suspension of disbelief because the major parts are just not explained. All of a sudden Adlet has the answer to everything. How? How did he actually manage to put it all together and, of course, at the last minute? Midway through, you barely care about the plot, you just want it to be over so you can move on to something else. But no. You spend the entire season in that one location. It was interesting at first and it certainly helped build the tension, but ultimately even the resolution was a dud. You’re left wondering what the heck was the point of it all. I usually like this genre (mystery/suspense) but I just could not get into Rokka: Braves of the Six Flowers for whatever reason. I think it was a combination of so-so characters, revelations that kind of come out of nowhere and kind of a forced love story. 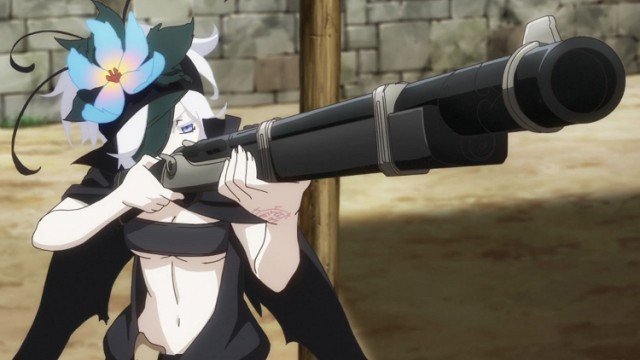 With that said, there was really a lot of potential here. The art, as I said before, is really beautiful and some of the action sequences are pretty interesting. I like Adlet’s fighting style – using whatever tricks and advantage he has to get himself out of sticky situations. And in the beginnning I even liked the twist and the game of whodunnit. It just dragged on too long. I enjoyed some snippets of dialogue here and there but mainly it was a chore to go through the 12 episodes. Some of the character designs were also a bit head scratching. For example, what the hell is the point of the bunny outfit for Princess Nachetaneya? And while Flamie is a range fighter (like the other female saints) shouldn’t she really have some more protection than a band of leather covering her tits? Same goes for Goldof. He’s a close range fighter and he hardly has any armor and it isn’t as though being chosen as a Brave gives additional abilities aside from the ability to go to the demon island. I mean, I know it’s nitpicky but would it really be that hard to give somewhat appropriate attire?

I haven’t read the light novel so it’s possible that it gets better. Considering it is ongoing and fairly popular I assume it’s better. With that said, this review is on the anime and sadly, I can’t recommend it.