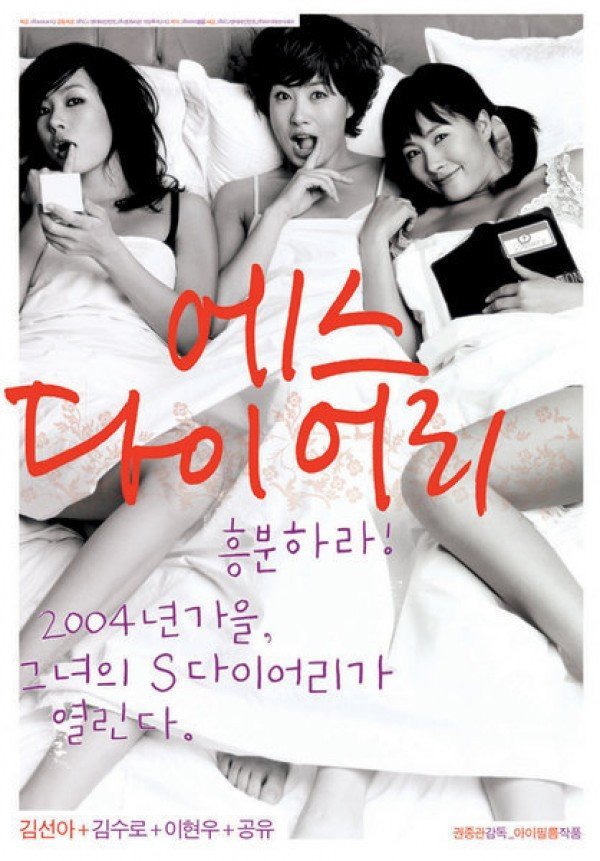 S Diary is a great Korean comedy-drama that is reminiscent of High Fidelity, but with a revenge plot added into the mix. The lead character is a mixture of lovable and a little crazy. I love the fact that she’s not made out to be this gorgeous super model and neither are any of her love interests. It keeps the movie grounded.

S Diary is a lot of fun and it seems like all of the actors are really enjoying their roles. The lead character is at times petulant, lovable, a little crazy and innocent all at the same time. I enjoy the fact that they cast a semi-normal looking woman as the lead and the male characters are also not overly handsome. The beginning part of the movie is bit slow-paced and gloomy, since we’re looking back at all of Jini’s failed relationships, but there are a handful of laughs. Halfway through the movie, the plot changes pace to the present and, while predictable, brings much more laughs than the beginning. It’s not a traditional romantic-comedy and not the greatest movie out there, but it’ll keep you interested until the end.

Oh and the best part of the movie is Jini’s mother. She defines “tough love.”

There are some artistic choices in various parts of the movies that are really kind of weird. There’s a dream sequence that has no reason to be there and another sequence with Jini and her first love that is a bit confusing. I also felt like Jini’s relationships were approached in a shallow manner. I never really got invested in the man she was seeing at the time. When I started seeing the connection, the guy became a jerk.

Despite this, I still really enjoyed the movie and would recommend it anyone who enjoyed movies like High Fidelity.

Check out the trailer below!

Warning: Trailer contains some sexual innuendos and kind of gives away a lot of the movie.