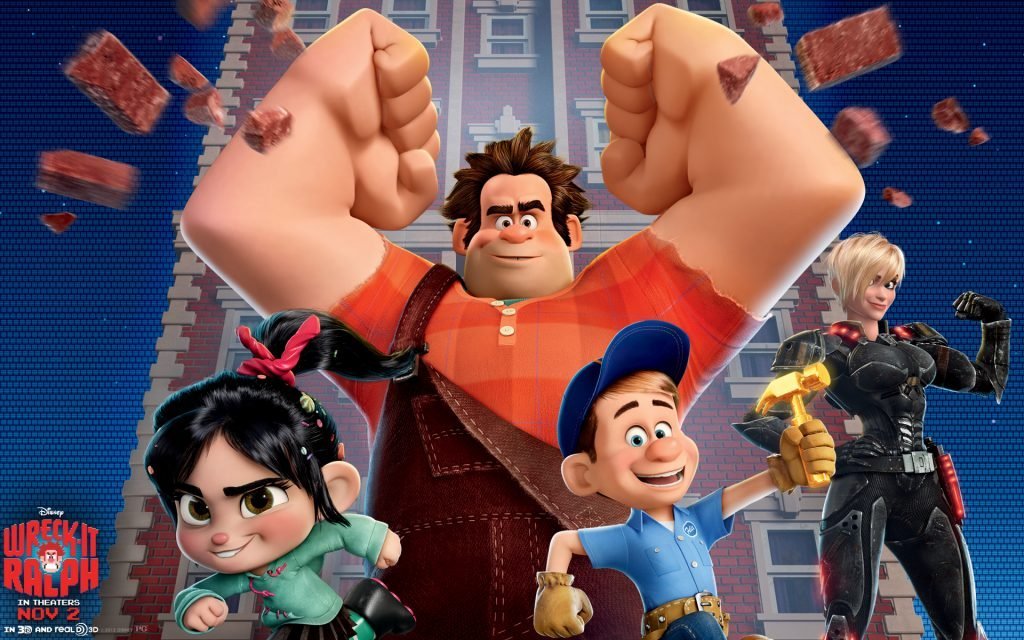 You’ll get the best experience watching Wreck-It Ralph on Blu-Ray.

This movie does a great job capturing the different environments of each video game. Wreck-It Ralph‘s game is very simple with blocks to make up homes. The characters move like they are in a 2D game. In contrast, the game Hero’s Duty is hyper-realistic with sharp, dark and smooth graphics that really illustrates the complexity of newer games. Of course, this wouldn’t be a Pixar movie without a compelling storyline and Wreck-It Ralph certainly delivers with the existential crisis of the titular Ralph. There are some heart-warming and heart-wrenching scenes throughout to keep you invested in the characters.

The movie is made for my generation of kids who grew up on video games and spent their weekends at arcades. Watching Wreck-It Ralph brought back memories of playing games like Pacman, Frogger and Street Fighter. I loved the small details that they put into the movie, like putting up a quarter if you want to play next game. The animators for Wreck-It Ralph really created many different, beautiful environments. You can see that these guys have actually been to a real arcade and have most likely envisioned what these games would look like if they were actually real. Not only that, but the story is also something that we can all relate to: feeling lost about our situation and wondering if there’s something bigger out there for us. I wouldn’t say that this is one of Pixar’s better movies, but it’s still a movie with plenty of heart and tears.

Honestly, I really dislike Vanellope, I just found her annoying, not cute and spunky like she was supposed to be. I also kind of wished that Ralph went to other games like Street Fighter so that we could see more of this arcade world. Also, I didn’t particularly find this movie to be incredibly heartfelt or funny. It was a good movie, but not as good as previous Pixar movies like Wall-E or The Incredibles.

Wreck-It Ralph is a good, family movie for any night. While the story is relatable, I didn’t find myself too deeply involved with the characters. Still, there were a couple good chuckles here and there.

Check out our other movie reviews!