This week’s Interesting Interview comes from 11Bit Studios.  They are the company behind Sleepwalker’s Journey, an innovative and beautifully designed puzzle game as well as Anomaly Warzone Earth and Funky Smugglers. If you haven’t already, please check out our review of Sleepwalker’s Journey and then read more about the team behind it below.  Please enjoy this interview and keep a lookout and support this developer.

Can you tell us a little about yourself(s)?

Hi, my name’s Pawel Miechowski and I work as a writer and a pr manager for 11 bit studios – independent game developer from Warsaw, Poland. I’m in the gaming industry for a pretty long time, having been doing something in game development since mid 90s.

What is the story behind the name 11Bit Studios?

Bits are always even like 4-bit 8-bit etc. so uneven 11 stands for unusual connection because we want to make – and I believe we actually do – unusual games, with original gameplay or with game genres mixed like in Anomaly Warzone Earth where we flipped tower defense genre upside down.

Can you tell us a little bit about your team? How many core members?  How long have you known each other? What brought you all together?

The company was founded late 2009 by 4 guys who are now the core management team. When our first game, Anomaly Warzone Earth, hit the stores we were already a 12-man team. And now we’re close to 30. I’d consider myself a core member and the founders and I have known each other for many years as since we were worked together at 2 different game development companies. And what brought us together? The strong need for working in independent way where we develop games we want and publish them on our own in digital distribution model.

What would you look for in new team members?

That’s not exactly my thing to hire new members but I’m sure what we’re looking for is creative people who work in well organized way.

Hehe 🙂 I am a gamer since a kid and I always wanted and liked to work on games. And I’m afraid that’s the only thing I know how to do.

That depends much on the profession. Programmers do completely different things than graphics guys and gameplay designers. If there’s some field one feels strong about, like programming for example, than he/she should practice his skills and play a lot of games.

How do you feel about the recent popularity and subsequent proliferation of game development schools?

In my country there’s a huge need for game programmers, designers etc. and not so many schools yet so I guess each new game development school is a good news to us.

Can you tell us a bit about your background in game design?

I’m a graduate from University of Wroclaw where I studied journalism so writing was always my kind of thing. And my part in game design is mostly writing – dialogues, stories, interface text and also recording voice-overs with different actors from all around the world.

What was the inspiration for Sleepwalker’s Journey? 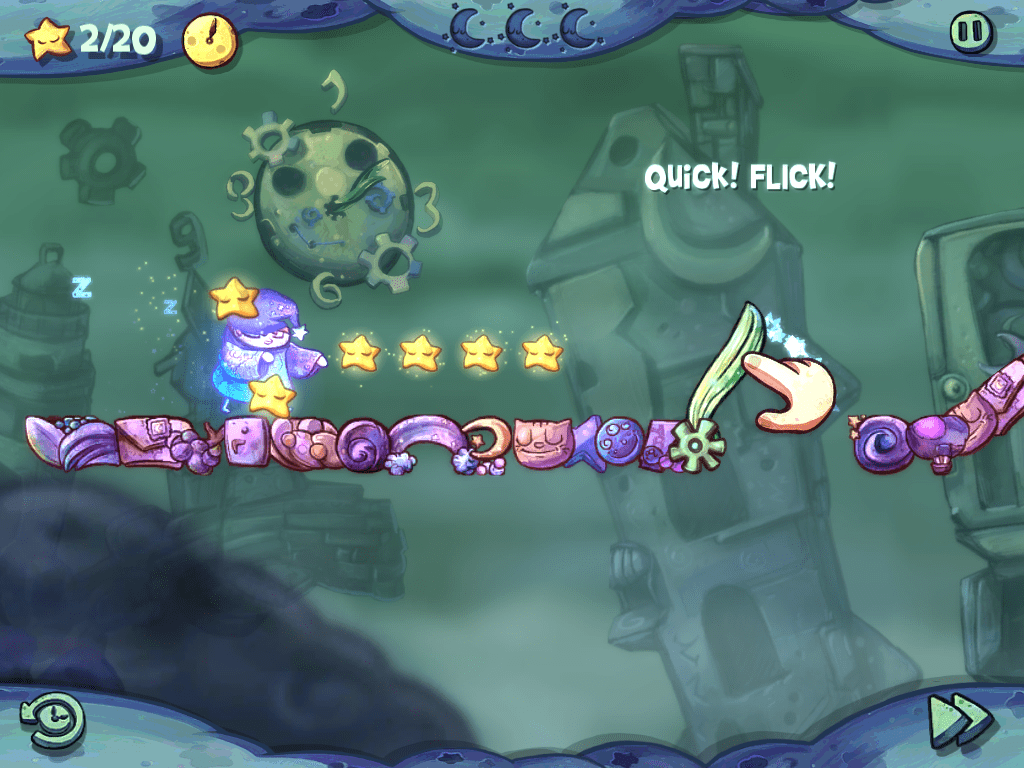 There was a game for Atari or for Amiga… I can’t remember because it was quite long ago in the late 80s or early 90s. So this game was about a sleepwalking boy who had a dog to help him go through different levels full of traps etc. In our game there’s no dog, but you just tap the screen and manipulate the world to help the boy safely reach his bed. Also, visually, the game is entirely different when compared to the old one. We made it kind of dreamy world with strange creatures, lullaby music and so on.

How long did it take to make Sleepwalker’s Journey?

From the first prototype to the final game it took about 9 months but please note the core team for this game was only 3 guys.

Tough one. Maybe the part where the design is actually going into prototype and the game already needs to be funny when played?

Sleepwalker’s Journey is rather short. You recently just added the snow level, can we be expecting more levels in the future?

Yep. There will be more levels.

All of your games are drastically different. Which one was the hardest to make? The most fun? 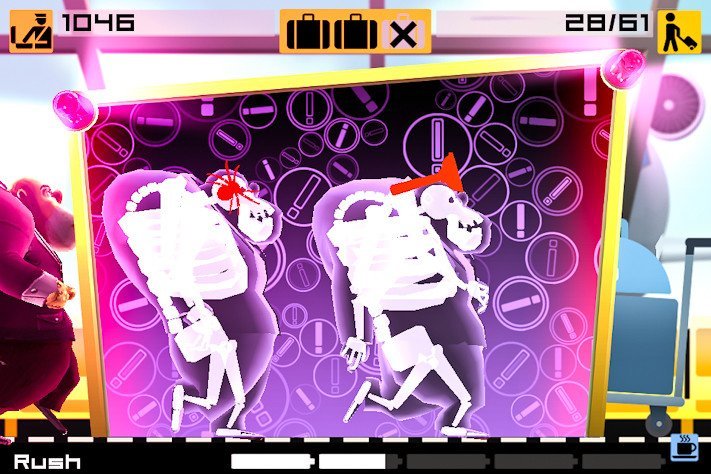 The most fun was to make Funky Smugglers. And it’s hard to say which one would be the hardest – as you say they’re very different. I think it’s the scale that makes things harder so the bigger a game, the harder to finalize it.

I guess it varies from team to team. Usually at first we make brainstorm and share ideas then the lead designers lock themselves and write ideas down to make them more precise and to see on the paper if such idea would work at all. Then if they see some potential the game goes to prototyping and it means that as fast as possible designers and programmers build up a working prototype, without any graphics, just with placeholders and they create basic gameplay. If it works fine and is fun it goes to further development.

We use our own editor called Liquid Engine. Thanks to this we can quickly port games to many platforms.

It is as easy as registering as a formal iOS developer. As far as I remember it costs $100 a year and you’re ready to submit a game. If the game is not working well it won’t make it through approval. So you need to fix issues and submit again. Very easy process.

How do you feel about the iOS app store? Pros/cons, challenges?

It’s an open platform for game developers so I see no cons except perhaps the fact that there are so many games in there that it is really hard to find the kind of games you’re really interested in. I’d call it a problem with discovery of content.

What improvements do you think can be made to the app store?

Honestly, I don’t know what exact improvement could be done but as I said it would be great to improve the way I can find games. If a game is not featured and you search for some kind of games, you’re gonna find hundreds of games you don’t want like too many free-to-play titles, too many under-cooked games and so on. 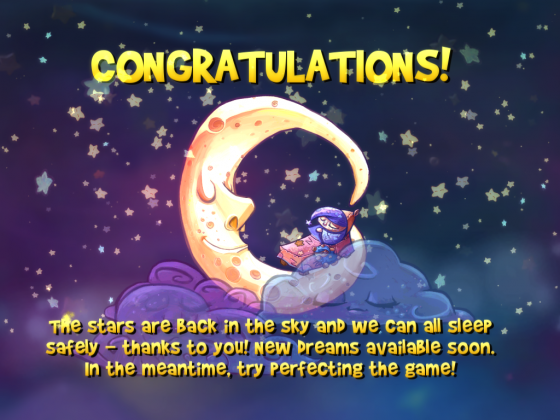 Not at all. I don’t know if others clone our work, but if they do it means we’re doing really good stuff 🙂

Hmmmm, I have nothing against IAPs unless the game forces me to spend additional money. That means a badly balanced game. If I can earn in-game currency just by playing the game it is all fine. Then I can buy some IAP to boost whatever I want or need in the game. But if I keep losing in a game all the time and I have to spend money on IAPs to start winning, then I hate such games.

I totally played through Jetpack Joyride. Last week I played Zeptolab’s last game Pudding Monsters and I completed all stars in all levels because this game is brilliant. I also enjoy scoring some goals from time to time in FIFA 13.

I myself play football (the one called soccer in US) but many guys often go for paintball or ASG battling. And we play quite lot of board games. Anyway, whatever we do is always related to games 🙂

Halfbrick and Zeptolab – those are my favorite teams. Whatever they do it’s always a great game.

Another tough question 🙂 I think the evolution is heavily dependent on the devices. The more powerful the devices, the more hardcore games will be there and the more console-like approach developers will have towards apps.

At what point do you feel a game is ready to be put up on the app store?

We make plans for each game. When the plan is done and the game is debugged it’s ready to be released. Sometimes it means the release needs to be delayed because we didn’t make the plan in time.

Some art game with a weird story 🙂 or some totally genre flipping game with for example time manipulation.

Soon we’ll be announcing our biggest title so far. First it’ll be available on Windows, Mac and Linux computers.

Many thanks for the interview and if you would like to be up-to-date with our games, please hop on our Facebook – 11bitstudios. Cheers!